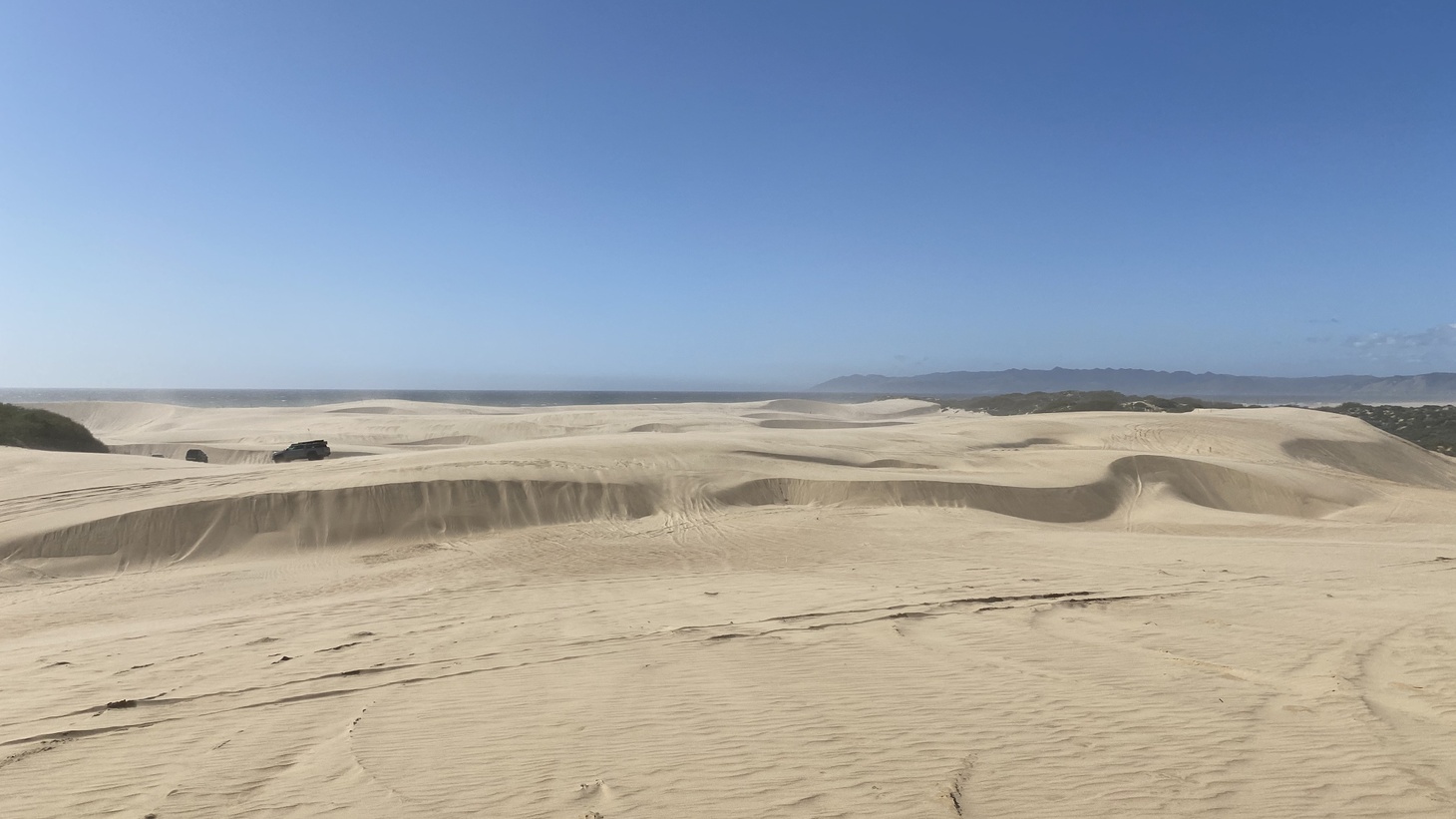 Three hours north of LA is the only stretch of beach in the Golden State you can drive your car onto. But at Oceano Dunes, off-highway vehicles (OHVs) reign supreme.

The wind is really blowing and the Pacific is in sight as Cesar Meza sits behind the wheel of his black SUV atop one of the countless sandy hills in the Oceano Dunes State Vehicular Recreation Area.

“We’re out here four-wheeling, enjoying the dunes,” he says through a rolled-down window. “Having fun, spending time with the friends, family.”

Along with Meza and his buddies, people are out cruising the dunes on quads, motorcycles, and yes, even aptly named dune buggies.

But the clock is winding down on all this off-road action. After almost 40 years of OHV access, the California Coastal Commission recently decided it was taking too much of a toll on the environment. They said four-wheeling will be reduced to no-wheeling in three years, and that has a lot of people, including Meza, bummed.

“We’re actually pretty sad because it’s something that’s fun,” says Meza, taking in the sandy landscape. “We get along with everybody here. It’s something that distracts you, gets you out of the normal routine.”

Walking along the beach that leads to the dunes, you see families have parked their trucks and SUVs — some even tempting fate with their cars — on the shore and are having picnics or just goofing around. Some people are walking their dogs, and kite surfers are in the water making a difficult sport look tempting and easy.

And then a mile down, the distinct whine of ATV engines can be heard along with the surf and the wind.