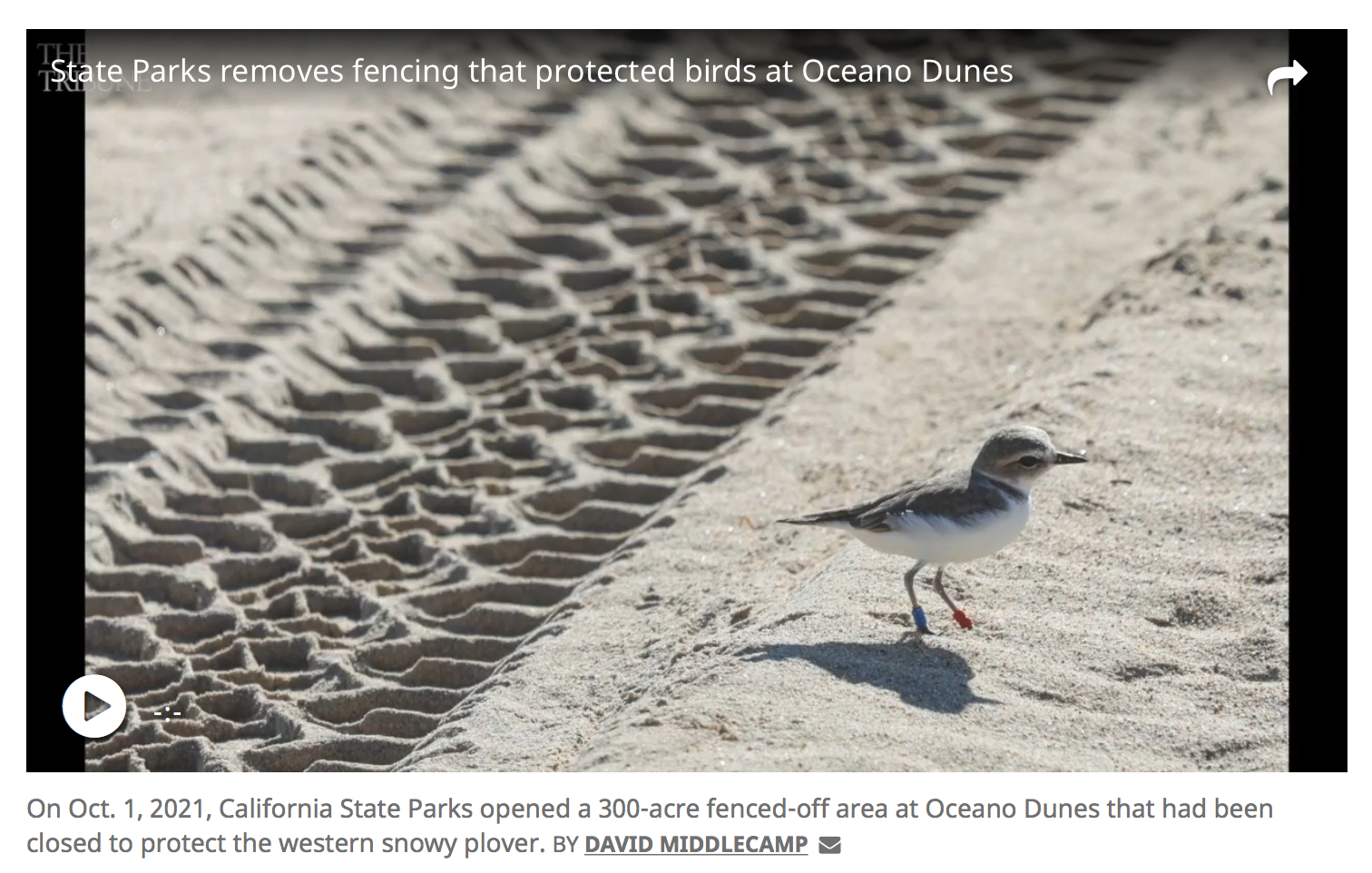 This time, the agency reopened a 300-acre nesting area at the Oceano Dunes State Vehicular Recreation Area (SVRA), in blatant violation of a state Coastal Commission order that called for permanent closure of the acreage.

State Parks then gave a pitifully lame excuse: Essentially, it was worried the temporary fencing was too wimpy.

“Parks was concerned that leaving the temporary fencing in place could result in failure and other maintenance and public health and safety issues,” Gloria Sandoval, State Parks’ deputy director of public affairs, wrote in a statement to The Tribune.

Installing a permanent fence will require design work and an environmental review, she added, and that means time and money.

So apparently, no fence is somehow better than a temporary, imperfect one.

State Parks can try to spin this all it wants, but the agency knew about the order on March 18, when the Coastal Commission made its decision, at the same time that it voted to phase out all off-highway vehicle recreation by 2024. The agency had six full months to work on this.

If that wasn’t enough time to install a permanent fence or even shore up the existing one, shouldn’t it at least have alerted the Coastal Commission about plans it knew would clearly be in violation?