West Coast
Cemex, a multinational building materials conglomerate based in Mexico, has shut down its sand mine on the northern coast of Marina as of Dec. 31, 2020. The company has until Dec. 31, 2023 to restore the property’s habitat. Photographed by Nick Rahaim. 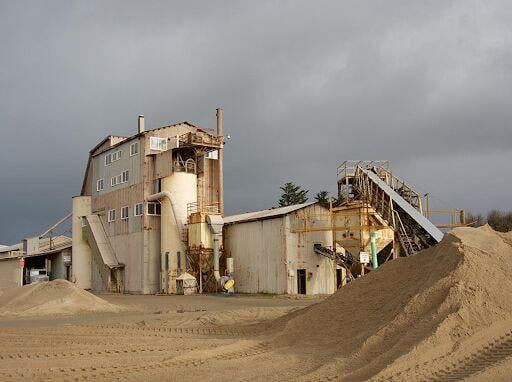 CA - Now that sand mining has ended, big storms are restoring sand to the beaches of southern Monterey Bay.

David Schmalz here, thinking about sand. That’s because, with the recent storms, the beaches along southern Monterey Bay will be seeing more of it. Monterey County officials cut a canal in the Salinas River in December as a preventative measure for flooding, allowing the river to flow freely into the bay, south of the Monterey Submarine Canyon.

Sand is something I’ve thought about often since late 2015, when I started reporting on a group of local activists lobbying to shut down the Cemex sand mine in Marina, the last coastal sand mine in the United States. The cover story I wrote about that effort was published in the Weekly on Jan. 14, 2016, almost seven years ago to the day.

In July 2017, the California Coastal Commission negotiated a consent order with Cemex to shut down mining on the property—west of Highway 1, north of Reservation Road—by Dec. 31, 2020. For those who worked to shut the mine down, including coastal engineer Ed Thornton, the local chapter of the Surfrider Foundation and citizens in Marina, it was a historic victory.

With the recent storms, those activists are finally going to start seeing the fruits of their hard work. Or rather, more precisely, the sand.

One thing I hadn’t fully appreciated as I set out to report that story is that the sand on our local beaches comes from the land—rocks eroding over time that eventually get deposited on beaches in the form of sand, often through river flow. The Salinas River is a primary source of sand for southern Monterey Bay beaches, and I can assure you, the riverbed is full of sand—in 2014 I hiked it from the county line near Camp Roberts all the way north to Spreckels, and where there wasn’t water flowing it was all sand, sand, sand.

Locals cut a channel for the river to flow out to the bay in 1910 to prevent floodingand ever since, during high river flows, sand enters the Monterey Bay and ends up in the local system. And because the man-made channel hits the bay south of the Monterey Canyon, it stays in the system as opposed to sinking into the deep sea.

But for most of the 20th century, there were also sand mines stretching from Seaside to Marina. So instead of major storms replenishing our local beaches with sand, the sand mining operations were taking that sand, and more—southern Monterey Bay had one of the highest coastal erosion rates of anywhere in the state.