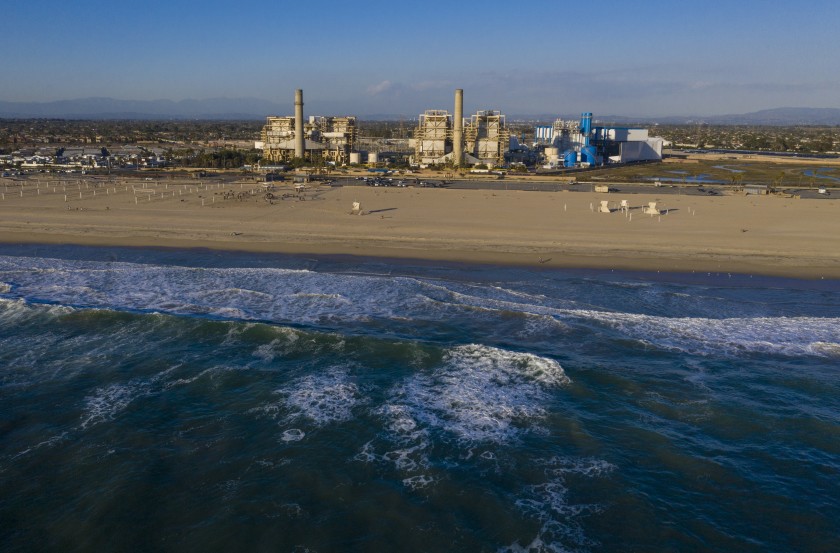 When Gov. Gavin Newsom was photographed dining at an opulent Napa Valley restaurant during a surge in coronavirus cases, many Californians saw it as hypocrisy. For opponents of a planned $1-billion desalination plant along the Orange County coast, however, the optics were menacing.

The unmasked Newsom was celebrating the birthday of a lobbyist for Poseidon Water, which is close to obtaining final government approval for one of the country’s biggest seawater desalination plants.

Poseidon boasts that the facility will provide a local, inexhaustible source of water for Southern California. Critics complain that Newsom and his political appointees are exerting heavy influence to benefit a private company that would produce some of the state’s most expensive supplies.

Emails obtained by The Times and the environmental group California Coastkeeper Alliance through the state Public Records Act indicate that top California Environmental Protection Agency officials have been involved in a water board’s review of the complex proposal. In addition, Newsom took the unusual step of replacing a Santa Ana Regional Water Quality Control Board member who was highly critical of the project.

Though the Huntington Beach facility meets the state goal of diversifying California’s water supply, it would undermine other environmental policies. The plant would require large amounts of electricity; it would sit next to a rising sea; and it would continue the use of huge ocean intakes harmful to microscopic marine life.

“The Governor has spoken many times about the importance of … ensuring the sustainability of California’s water supplies,” Newsom’s office said in a statement. “Regions across California must continue to innovate on local projects as climate change makes our state’s water supply more unpredictable.”