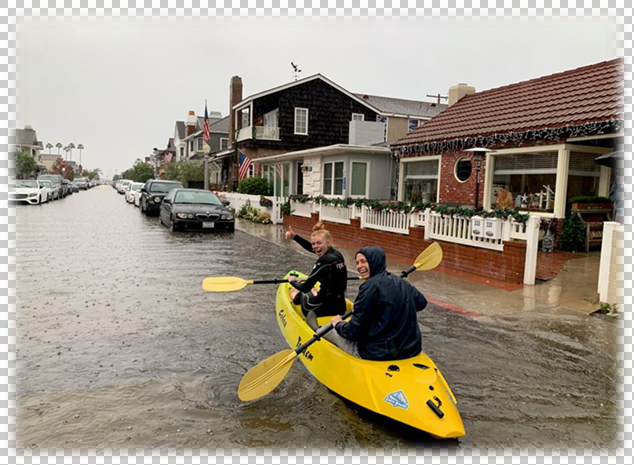 Balboa Island, today a popular tourist destination dotted with multi-million dollar homes, was once just a sandbar. Then developer William Collins decided it was the perfect spot to pile up dredged sand as he made deeper waterways for boaters coming to the growing seaside town of Newport Beach.

If only the wealthy businessman had used more sand to build his vision for an island getaway.

So, starting in 1906, Collins scooped silt and sand until Balboa Island was built in the Newport Harbor.

The problem? He should have checked tide charts and added more sand. The island was built too low.

Now its modern day custodians scramble every time tides get high to keep the water from flooding into the community. A $12 million project should help.