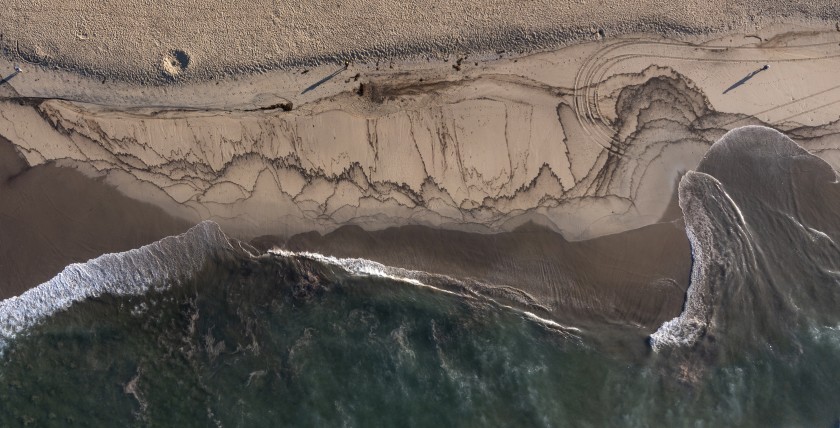 Crews raced Sunday to contain the damage from a major oil spill off the Orange County coast that left crude spoiling beaches, killing fish and birds and threatening local wetlands.

The spill, first reported Saturday, originated from a pipeline off the coast of Huntington Beach connected to an offshore oil platform known as Elly. The failure caused at least 126,000 gallons of crude to spill into coastal waters creating a slick that spanned about 8,320 acres— larger than the size of Santa Monica—and sent oil to the shores of Newport Beach and Huntington Beach early Sunday.

Oil from the spill also infiltrated Talbert Marsh, a 25-acre ecological reserve in Huntington Beach that is home to dozens of species of birds.

Officials said Sunday afternoon that it appears the pipeline has stopped leaking, but Orange County Supervisor Katrina Foley said despite efforts to patch the damaged pipeline on Saturday, oil was continuing to spill from it through the night. Divers were working to repair it early Sunday.

It’s unclear what caused the spill and how long oil was flowing out of the system.