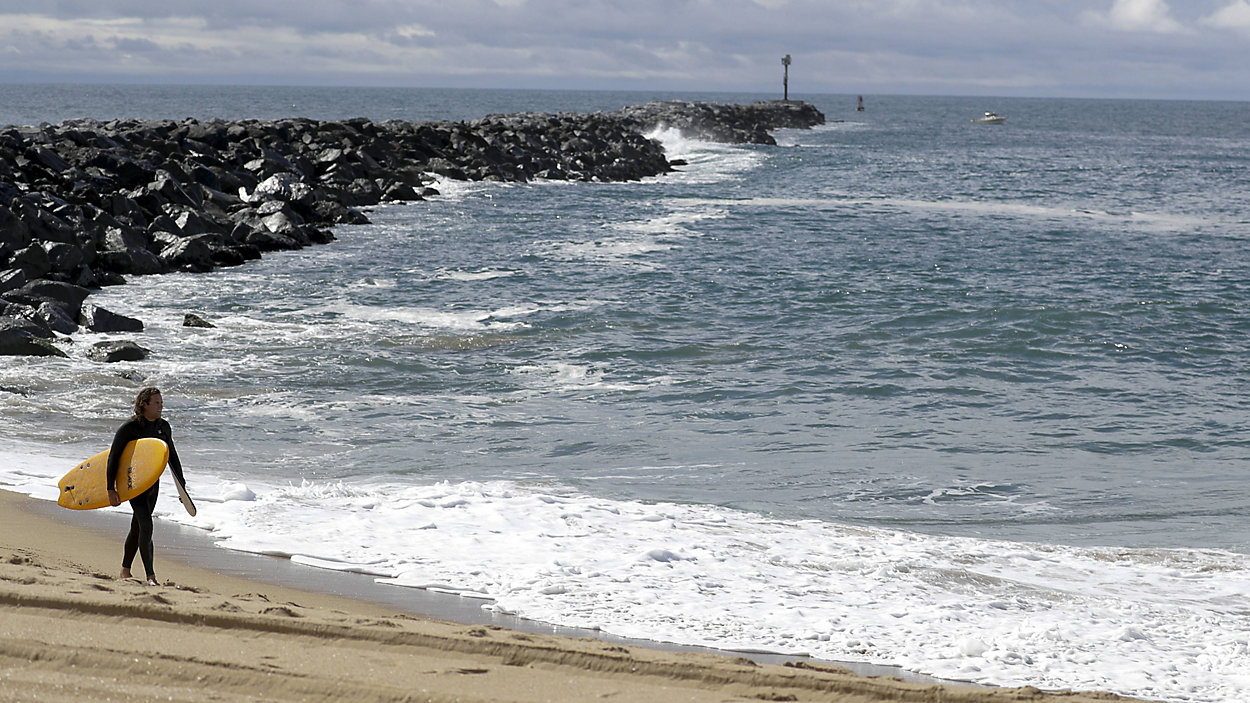 NEWPORT BEACH, Calif. (CNS) — A 126,000-gallon oil spill from an offshore rig was causing major ecological damage in the waters off Huntington Beach Sunday, as officials closed the area to beachgoers and canceled the final day of the Pacific Airshow.

The U.S Coast Guard was leading the response to the spill, which covers about 5.8 nautical miles between the Huntington Beach Pier and Newport Beach. The spill emanated from a facility operated by Beta Offshore about five miles offshore, and was likely caused by a pipeline leak.

Huntington Beach Mayor Kim Carr said the spill of 3,000 barrels worth of oil was reported at about 9 a.m. Saturday and drew a response from all levels of government, with a unified command established to handle the environmental crisis.

Carr described the situation as a "potential ecologic disaster," and said some of the oil had reached the shore and was impacting the Talbert Marshlands and the Santa Ana River Trail.

"The spill has significantly affected Huntington Beach, with substantial ecological impacts occurring at the beach and at the Huntington Beach Wetlands," a city statement said.

Skimming equipment and booms were deployed to prevent the inflow of oil into the Bolsa Chica Ecological Reserve and Huntington Beach Wetlands. The California Department of Fish & Wildlife set up the Oiled Wildlife Care Network hotline, at 877-823-6926, for people to call if they see wildlife impacted from the oil. Members of the public were urged not to approach wildlife.

The city also closed ocean access from the Pier down to the Santa Ana River jetty. Orange County Supervisor Katrina Foley -- who represents the impacted cities of Newport Beach, Huntington Beach and Seal Beach -- said Sunday morning that access to the beaches would be restricted too so officials could continue cleanup efforts.

People were also urged not to fish in the area since the waters are considered toxic.

"The city fully acknowledges the gravity of the decision to cancel the final day of the iconic Pacific Airshow, and the disappointment that this decision will cause," Huntington Beach officials said in a statement. "However, the need for prompt and intensive intervention efforts requires complete and unfettered access to the marine environment."