West Coast
The Gerald Desmond Replacement Bridge will be opening soon. The 80 cable stays will have the ability to be illuminated any color, in Long Beach on Wednesday, September 2, 2020. Brittany Murray / Long Beach Press Telegram / SCNG 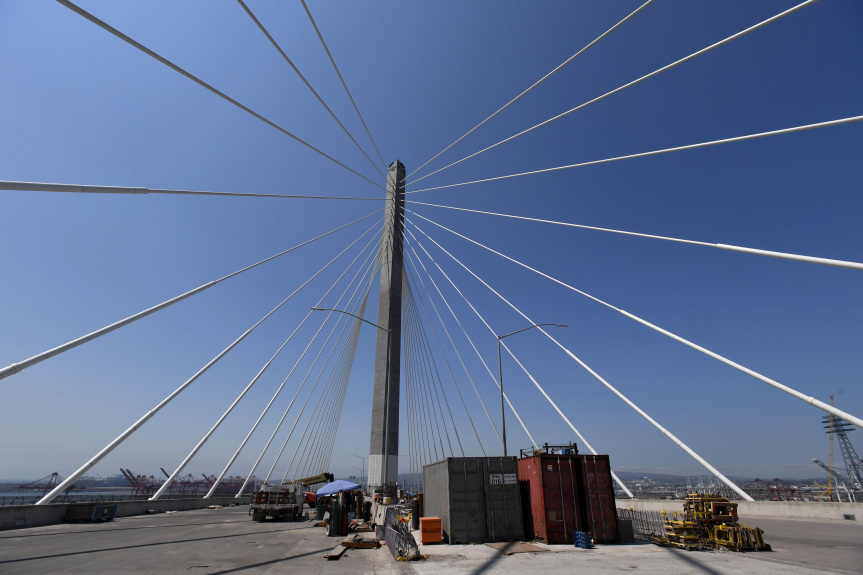 Get ready to say goodbye to those crazy detours coming in and out of Long Beach.

The new Gerald Desmond Replacement Bridge is just about ready to open — thought not when expected.

Most recently, officials had planned for the massive $1.46 billion structure to open over Labor Day weekend. Now, it appears early October will be the time frame for what is envisioned as a weekend-long virtual ribbon cutting for the bridge, which will connect Long Beach to Terminal Island and, like its soon-to-be outdated forebear, be one of the most critical arteries for cargo to get from the Port of Long Beach to the rest of the country.

But what’s another month for a bridge that is designed to last 100 years?

While the coronavirus pandemic spoiled what surely would have been a massive, in-person, gala-like celebration, the virtual event being planned will include some special features — and once the bridge is officially open, of course, the commuters will enjoy the first-drive thrills as they go over the span, which links Long Beach to Terminal Island.

Among the final pieces of work will be installing seismic dampers that will add to the bridge’s resiliency in earthquake country.

The sensors will provide immediate reads to engineers to determine problem areas after a quake occurs and also will provide readings that engineers will be able to use as they design future bridges.

But the earthquake measures started being laid in the foundation early on — when the bridge broke ground in 2013, in fact.

And planning for the structure, meanwhile, goes back some two decades.