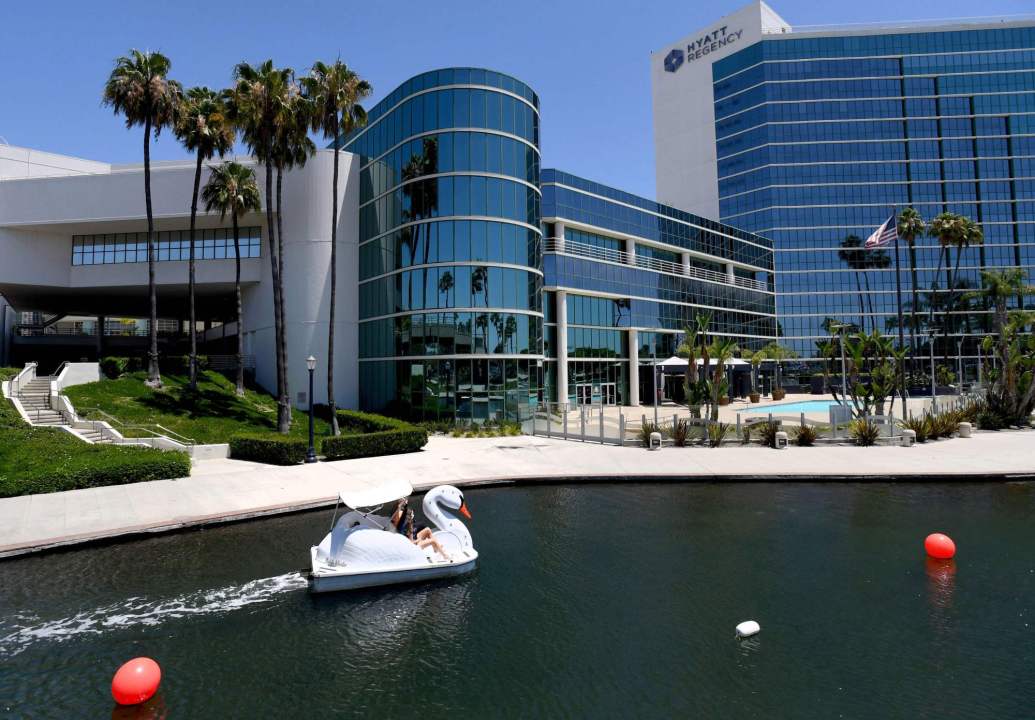 They say they’re undermining the recovery of tourism in the city.

Unregulated short-term rentals are undermining the recovery of tourism in Long Beach while also endangering public health, a coalition of hotels, community advocates and a hospitality workers’ union says.

The city hotel industry and Unite Here Local 11, which represents 32,000 workers in hotels, restaurants, airports, sports arenas and convention centers in Southern California and Arizona, are requesting an immediate stay on additional short-term rentals until there is a public need for the units.

In a letter sent to the city council, the group said Long Beach’s tourism industry has been devastated by the COVID-19 pandemic. Occupancy levels have plunged to single digits at most hotels, they said, while unemployment levels still exceed 80%.

The Hyatt Regency Long Beach, the city’s largest hotel, has been shuttered since March 2020.

“Hotel workers have been unemployed for almost a year,” Unite Here Local 11 Co-President Kurt Petersen said. “They face a tsunami of evictions.”

Hotels follow strict health and safety laws for operating during the pandemic, the coalition said, but some short-term rentals have been used as “party houses,” fueling superspreader parties and violence.