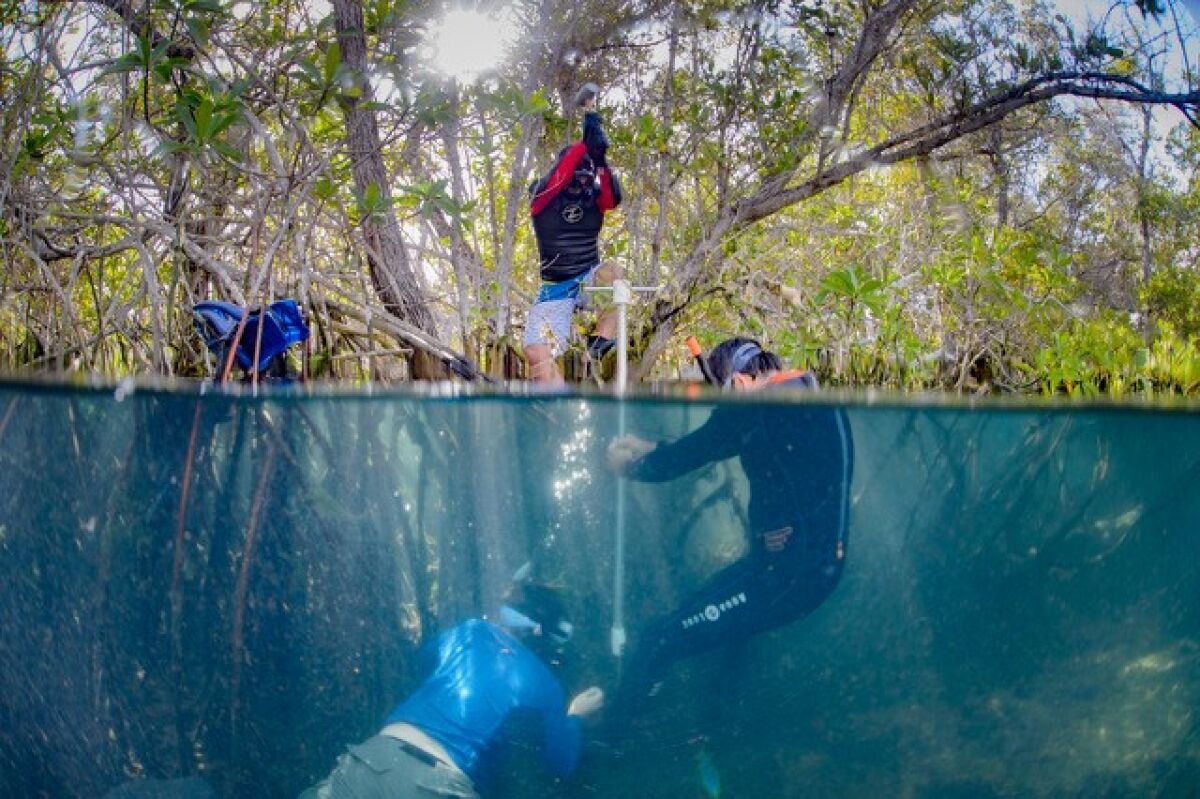 Looking to fill in a missing piece of the climate change puzzle, the work of a former researcher at UC San Diego’s Scripps Institution of Oceanography in La Jolla that studied carbon capture by mangroves in far parts of the world is making its way to San Diego-area wetlands.

A Scripps Oceanography-led study published late last year examined how some aquatic ecosystems sequester more carbon from the atmosphere than others and provided an analysis of more than 100 sediment cores from mangrove forests on the Baja Peninsula in Mexico, the Galapagos Islands and the Caribbean and Pacific coasts of Panama.

Mangroves are trees that grow in tropical environments and can survive at the edge of the ocean.

Moving the work forward, researchers plan in coming months to do fieldwork at San Diego County sites such as San Dieguito Lagoon, Famosa Slough and Kendall-Frost Mission Bay Marsh Reserve to take sediment samples and catalog the amount of carbon stored in them.

Such sequestration can reduce the amount of atmospheric carbon dioxide, the most common greenhouse gas.

The work to study the role of coastal ecosystems in carbon sequestration started in 2013 and was shepherded by Matthew Costa, who graduated from Scripps Oceanography in 2019 and is now a visiting SIO scholar.

A decade ago, it was known that mangroves help take carbon out of the atmosphere and store it in sediment, Costa said. But there were “huge gaps” in what scientists knew about how much carbon is stored based on location and the depths of sediment under the groves.

“The textbook mangrove environments have a lot of rainfall and are located near river mouths,” Costa said. “I was looking at other environments where they can live, especially Baja California. … We wanted to learn more about them and in what range of environments mangroves can store carbon. Does that service they provide extend to extreme environments? Is carbon sequestration widespread across different environmental conditions in which mangroves are found?”

To try to answer those questions and more, Costa traveled to 80 different mangrove locations in different conditions and did sediment coring to determine how much carbon was stored at various depths.