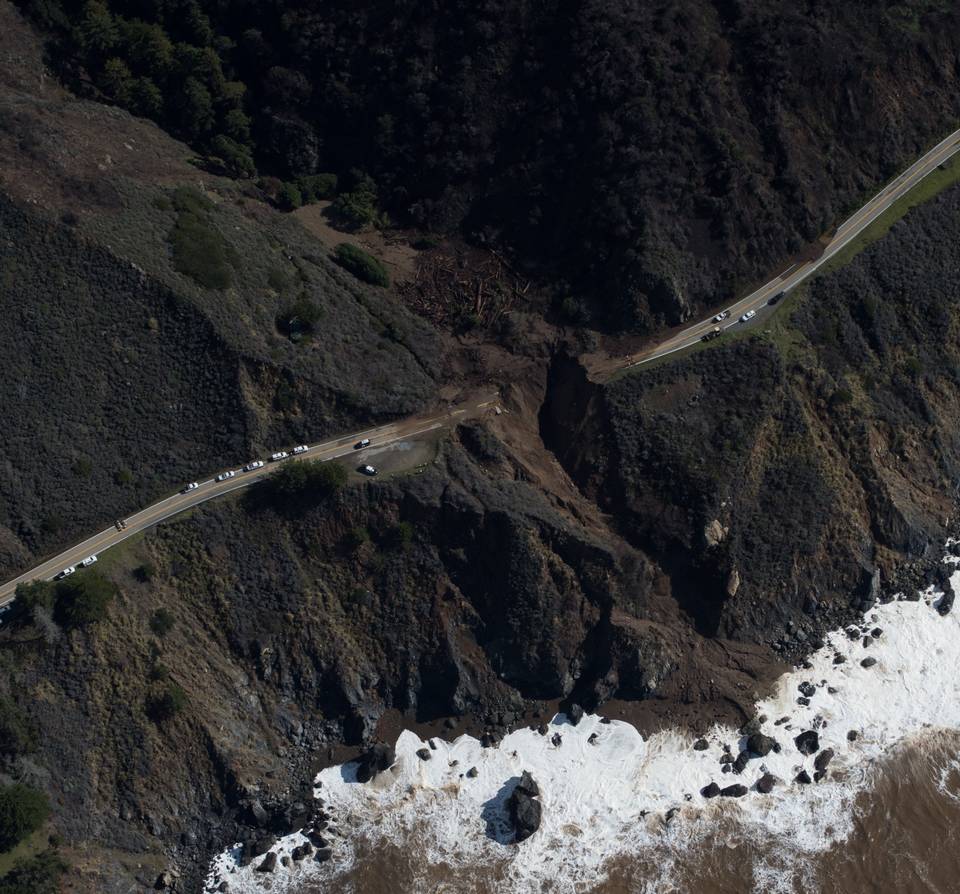 CA - ‘Like a Bomb Went off.’ How a Perfect Storm Sent Big Sur’s Highway 1 Crumbling Into the Sea

In Big Sur, mother nature is hard at work healing from the Dolan Fire.

In many places, it’s a peaceful transition. Fresh, green growth covers fire-blackened hillsides, hiding the remains of the massive blaze that scorched the region and shut down one of the world’s most scenic routes last summer.

But in other areas —such as Rat Creek, just north of the community of Lucia — the burn scar fought back.

There, a dangerous mixture of water, mud and debris swept two lanes of Highway 1 into the Pacific Ocean during a late January storm.

On a recent visit to the site, all that remained of the road at Rat Creek was a massive, gaping hole, still bleeding mud and rocks down into the ocean below.

Now Caltrans has its own healing mission: Remove the remains of the washout that sliced across one of the state’s most beloved roadways and get the vital highway open as soon as is safe.

After all, a potentially greater force than mother nature is also at play: economics

“The state highway system is here to enhance the economy,” Caltrans District 5 spokesman Jim Shivers told The Tribune during a Rat Creek site visit Thursday. “When this highway is reopened, then we’ve done our part in enhancing the economy and allowing California to have a transportation system that works for them.”

It could be a long road though.