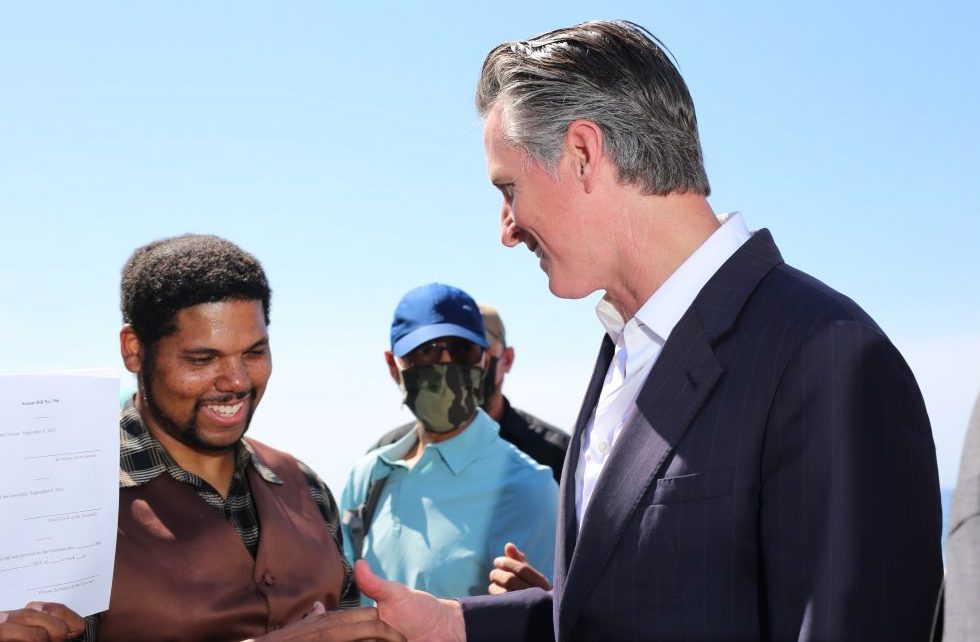 ‘If the County really was being fair, they’d deed it to them no lease attached’

In a ceremony in Manhattan Beach on Wednesday, Los Angeles County Registrar-Recorder Dean Logan gave the official land transfer document of Bruce’s Beach to Anthony Bruce, a great-great-grandson of the original owners of the beach, officially ending the controversial takeaway of the land nearly a century ago.

The fight over ownership of the Beach dates back to 1912, when the African American Bruce family bought the beachfront property in Manhattan Beach, creating a resort that catered to black residents. Because most beaches at the time were unwelcome to black beachgoers, Bruce’s Beach quickly grew in popularity. However, for the next 12 years, many groups, including the KKK, continually threatened them, leading the Manhattan Beach City Council to take the beach by eminent domain in 1924.

Throughout the decades, control of the beach went between the city the state and the county before finalizing control by LA County in 1995, where it became the home of the Los Angeles County Lifeguard Training Headquarters. However, all of those years of transfers led to increased difficulty in legally transferring the property, with the 1995 transfer requiring that state legislation was needed to transfer the property once again.

In the early 2020’s, following the George Floyd incident and more calls for racial justice, Los Angeles County Supervisor Janice Hahn announced her intention of returning the beach back to the Bruce family, getting the support of Senator Bradford to introduce it in the Senate in 2021. Both houses in the California legislature approved of SB 796, which allowed the beach to be excluded from public use and let the LA County Board of Supervisors deal with it, with a strong suggestion that it was to be returned to the Bruce family. After Gov. Newsom signed the bill last September, one more major hurdle remained – County approval.

After the County agreed to lease the beach for $413,000 a year for the next 24 months, with the option to buy the land at a later date for $20 million, the LA County Board of Supervisors approved of the transfer in a final vote on June 29th. That led to the ceremony on Wednesday.

“It is my honor to be here and present a certified copy to the family,” said County registrar-recorder Logan on Wednesday.

In return, Anthony Bruce said, “Thank you so much. Without God, we would not be here today. And finally, most importantly, thank you all. God bless.”

After the ceremony, Supervisor Hahn explained that such a handover of land over an issue such of this had never really been done before, with the move being unprecedented.