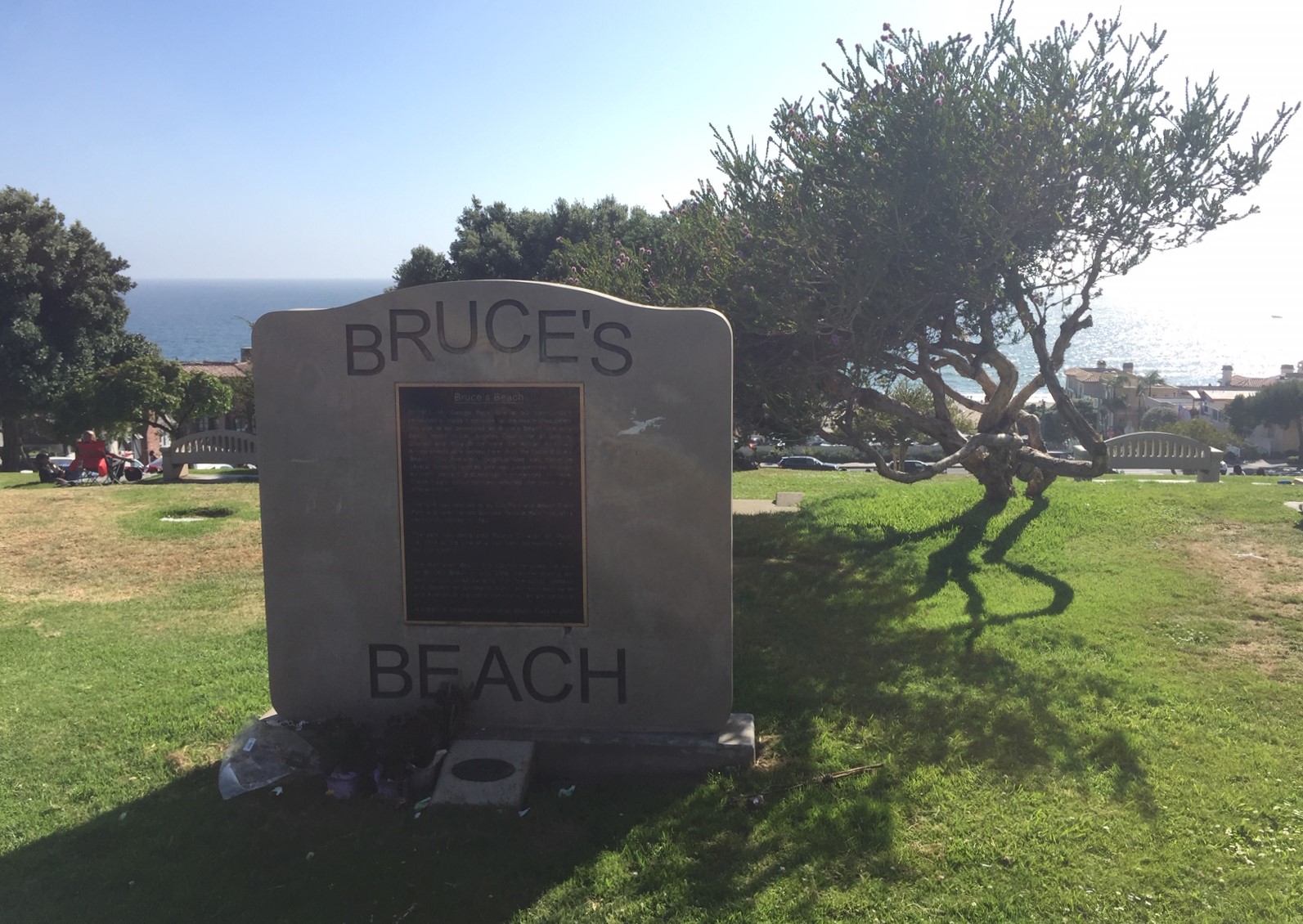 These were the words of L.A. County Supervisor Holly Mitchell at this morning’s press event to announce the county’s plans to return Bruce’s Beach property to the descendants of its rightful owners: Willa and Charles Bruce, the Black entrepreneurs that first purchased the property and built a resort to serve Black families. As Mitchell stated, the city of Manhattan Beach “used the law to steal” Bruce’s Beach in the 1920s.

Hahn opened the event by describing how the Bruces’ dream had been undercut by their white neighbors at every turn. In brief, the Bruces purchased the beachfront site in 1912 and established Bruce’s Beach as a popular destination for Black Angelenos, who were denied access to most Southern California beaches. Their white neighbors immediately “staked off the strand right – here in front of the lodge – with ‘No Trespassing’ signs and forced the people to walk a mile and half from [Bruce’s] resort just to get to the ocean,” per Hahn. In 1924, the city of Manhattan Beach voted to seize the site via eminent domain, ostensibly to build a park. The city finally took the property outright in 1929, paying the Bruces only a fraction of what they had asked for. The Bruces were also prohibited from buying beachfront property elsewhere, meaning they were unable to resurrect their project. Meanwhile the park for which the land was deemed so essential was not built until the 1960s.

Stripping the Bruces of such a valuable asset, Hahn acknowledged, likely deprived their descendants of millions.

It had also been part of the larger history of the exclusion of Black people from spaces like beaches long after the Bruces’ property was seized. Fire Chief Osby, for example, related the story told to him by his grandmother, whose family had had to drive from San Diego to Manhattan Beach because Black people were not allowed on beaches in San Diego or Orange County.