West Coast
A king tide encroaches on houses and the shoreline at Montecito’s Miramar Beach. King tides are the highest predicted high tide cycles of the year, and will be rolling in along the Central Coast next weekend. (Peter Hartmann / Noozhawk file photo) 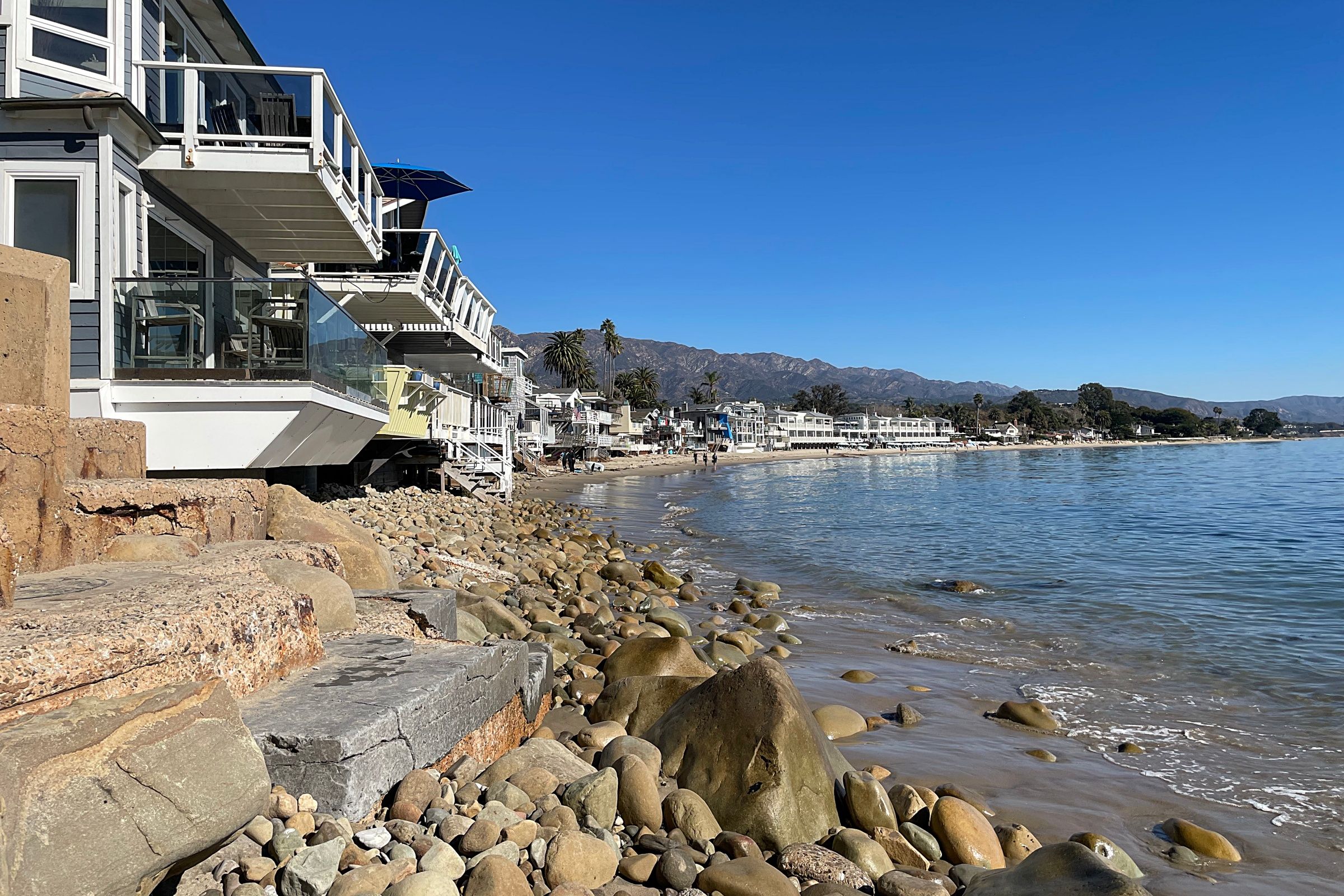 Mark your calendars for next weekend. On Saturday, Dec. 4, and again on Sunday, Dec. 5, we will have front row seats to one of Earth’s amazing natural phenomena: the king tides. These dates begin a series of extreme high and low tides on the Central Coast.

Tides, by their very nature, reveal how strongly the moon’s and sun’s gravity affects the Earth. Through a combination of the Earth turning on its axis (rotation) and the gravitational pull of the moon and sun on our planet, the surface of the ocean rises and falls like a pendulum swings from side to side.

We see this dance played out daily. But, during just a few times each year, the location of the moon and sun are able to combine their gravitational forces to produce the highest and lowest tides of the year. These are the king tides.

Two of my favorite places to watch this event are at the bottom of either Thousand Steps or Mesa Lane Steps on Santa Barbara’s Mesa. There you can walk down the stairs to just above water level and safely watch what happens to our beaches during these extreme tidal events.

For a period of time, the beach vanishes under a turbulent blanket of foaming seawater. If there is any swell coming onshore, it’s even more dramatic as each wave pounds into the cliff face that lines this part of the shoreline.

Importantly, the king tides serve as a warning that if we continue to allow greenhouse gases like carbon dioxide and methane to increase in concentration in the atmosphere, sea levels will rise to levels making today’s king tides the normal daily high tide by 2050 — less than 30 years from now.

Science tells us that this will happen because of two things.

A warmer Earth will melt more glacial ice that will flow into the ocean. This has been and continues to be measured by climate scientists.

A warmer Earth will also cause thermal expansion of the ocean. This effect is also being measured by climate scientists.

As water warms, it expands, becomes less dense and rises — just like air. Think of a hot air balloon rising or the water you feel when you go swimming in the ocean or a lake and dive down just a few feet, hitting colder water.

So more water in the ocean and a warmer ocean will both contribute to rising sea levels. This will cause the loss of significant portions of currently habitable coastal lands around the Earth, home to some 340 million people.

» Click here for more information on sea-level rise in California