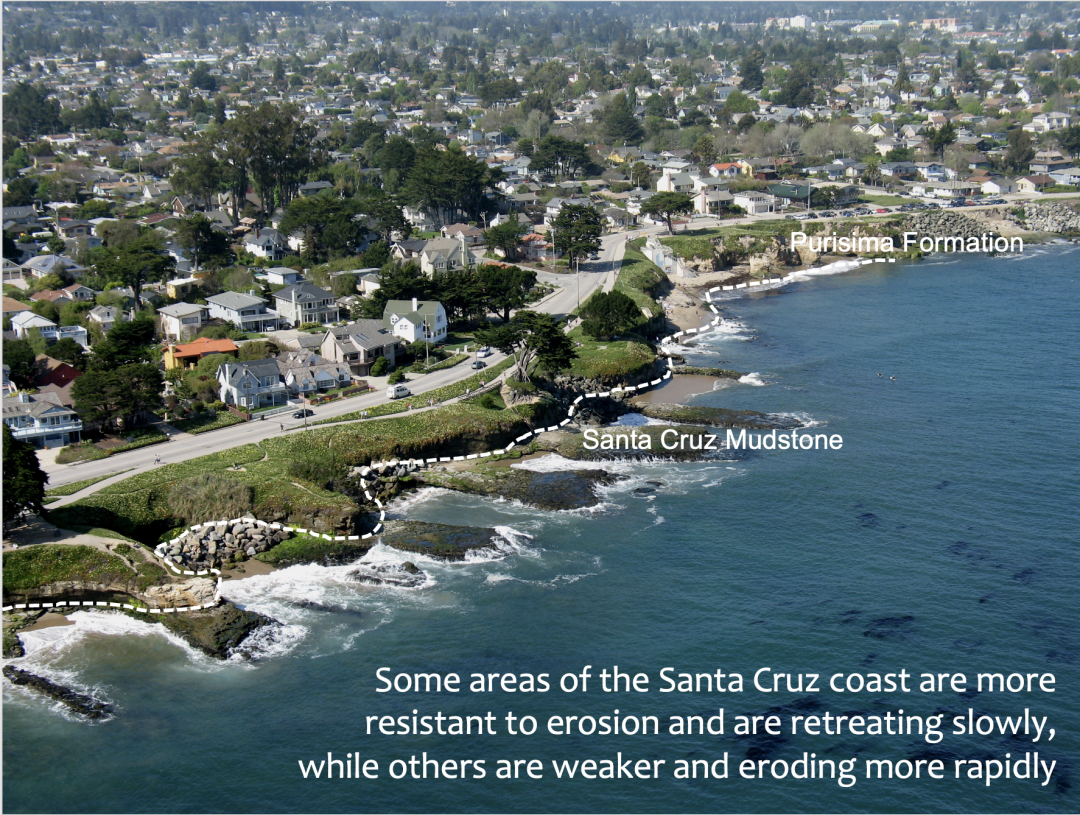 CA - ‘I have never seen anything this dramatic’: Santa Cruz’s most-tenured ocean observer in awe of storm damage (With Cal coast compilation)

“This storm is going to show we need to make decisions,” said UC Santa Cruz scientist Gary Griggs, who has observed the coast for more than 50 years. The storm caused parts of West Cliff Drive to completely collapse onto the shore leaving gaping holes – in one spot up to 20 feet long – where people walked just a day before.

Large rocks, pieces of broken fencing, slabs of cement and other debris covered the cliffside roadway. The storm caused parts of West Cliff Drive to completely collapse onto the shore leaving gaping holes – in one spot up to 20 feet long – where people walked just a day before.

“I have never seen anything this dramatic,” said UC Santa Cruz scientist Gary Griggs, who has observed the coast for more than 50 years.

He lives just a few blocks from West Cliff Drive, where crowds of people flocked to observe the relentless swell – against the advice of law enforcement.

In some areas, waves crashed into the coast and brought large rocks onto roads, leading the Santa Cruz County Sheriff’s Office and city of Santa Cruz officials to ask the public to keep their distance. Law enforcement closed down West Cliff Drive between Pelton and Almar avenues due to significant erosion of the road and paths along the cliff.

“While we understand the desire to see the impacts, it is not worth the risk,” the sheriff’s office wrote on social media. The area is closed until further notice.

The closed-off bluffs and cliffs along West Cliff Drive are composed of vulnerable material that make it more susceptible to erosion, unlike the area just north which is made up of stronger mudstone, according to Griggs.

‍What does it mean that (once rare) atmospheric rivers and bomb cyclones are becoming more frequent?, The Hill / January 07, 2023

‍California Set for Another Round of Deluges; Monday Will Be Big, Yahoo Finance / January 07, 2023

Just over one month ago, a portion of the same area broke off and fell into the ocean. Griggs said erosion along the coastline has been happening for centuries, but the worsening impacts of climate change are exacerbating the issue – something the City of Santa Cruz has been working on.

In 2021, the city adopted a report on options for adapting to sea level rise for West Cliff Drive and Griggs said the California Coastal Commission is still reviewing that plan.

“This storm is going to show we need to make decisions,” said Griggs, adding there are essentially two options for moving forward.

First, the city could protect and armor the coastline along West Cliff Drive which could mean adding large rocks or other barriers. However, those barriers take up beach space and create other hazards and really only provide support on an emergency basis. The second option would be to convert West Cliff Drive to one-lane of traffic to provide a bigger distance between the road and the ocean.

As it is, Griggs estimates it could take months to repair portions of West Cliff Drive that collapsed with this storm.

“The most important thing is to be careful,” he said. “It can be dangerous.”

Former Santa Cruz mayor Hilary Bryant was out walking her dog on West Cliff Drive around 6 a.m. Thursday and said “it sounded like a freight train was coming.” Bryant, who has surfed in the area for the past 30 years, watched the waves in awe.