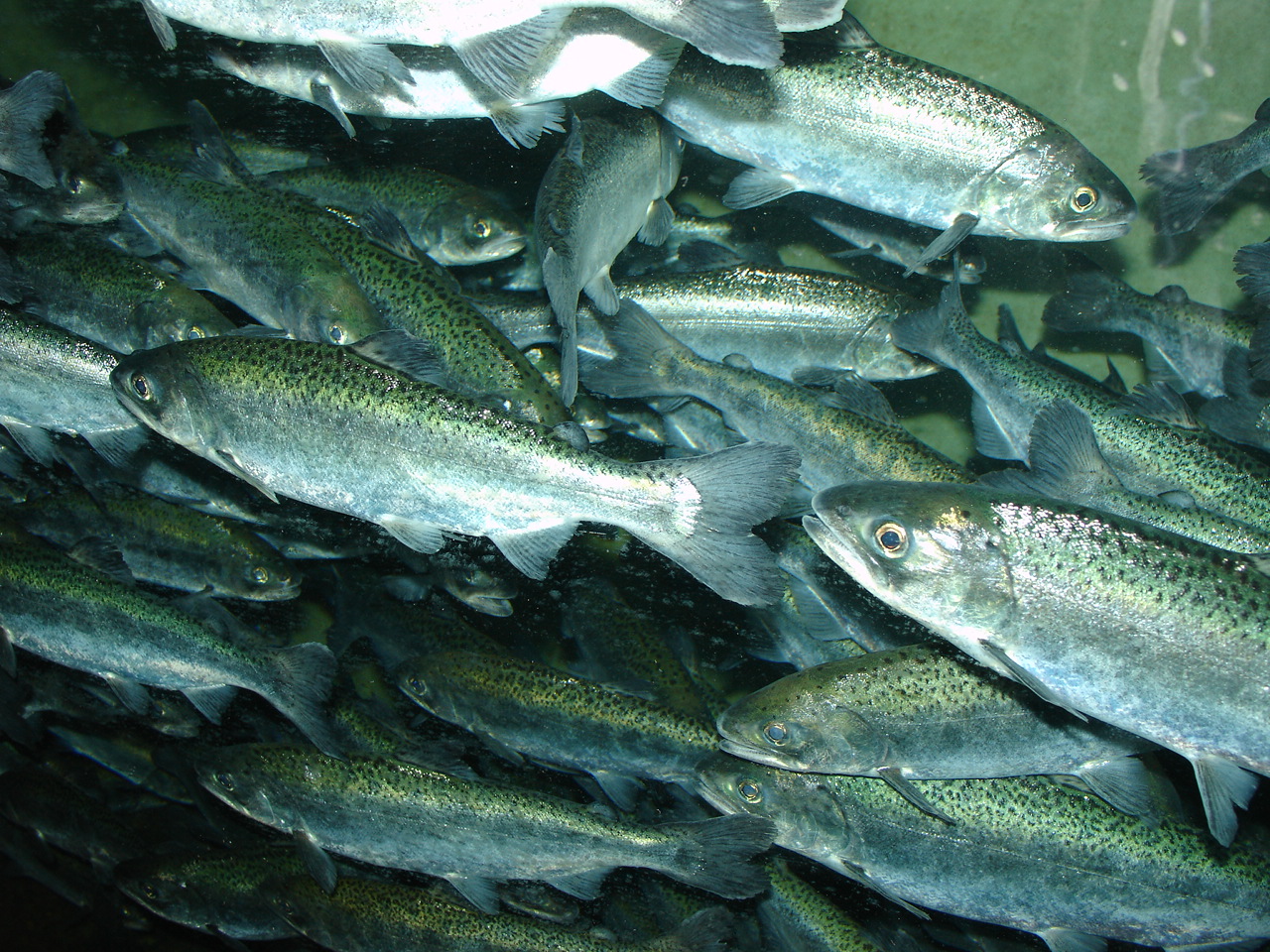 Spring-run Chinook salmon, critical to Indigenous fishers along the Klamath River, are in steep decline. But two recent developments may offer a path to their recovery.

WHEN KARUK TRIBAL member and cultural biologist Ron Reed was just a toddler in the early 1960s, he liked to crouch on a rounded rock poking out of the rushing water of California’s Klamath River, watching his family fish for the Chinook salmon that arrived in late spring. The fish crowded so thickly in the water that they looked nearly solid enough to walk across.

His family had waited through the long winter for these fish. They would fill sacks full of salmon, enough to feed them several times a day for months.

Those days of extreme abundance are decades gone. For the past few years Reed, fishing now with his own children, has taken only a few spring-run fish from the river. Dams, climate change, and other issues have wreaked havoc on salmon along the U.S. West Coast, and the declines have been particularly acute for the spring-run fish, which migrate farther upstream and so are more likely to have been cut off from their habitat by the dams.

But on November 17, a long-delayed project to remove some of the major dams on the Klamath cleared a major hurdle: The governors of California and Oregon agreed to take control of the dams from PacifiCorp, the utility that operates them. The states and the utility have also agreed on financing for the $450 million plan. Federal regulatory approval is still required, and nothing is certain—but for now the dams are back on track for removal starting in 2023.