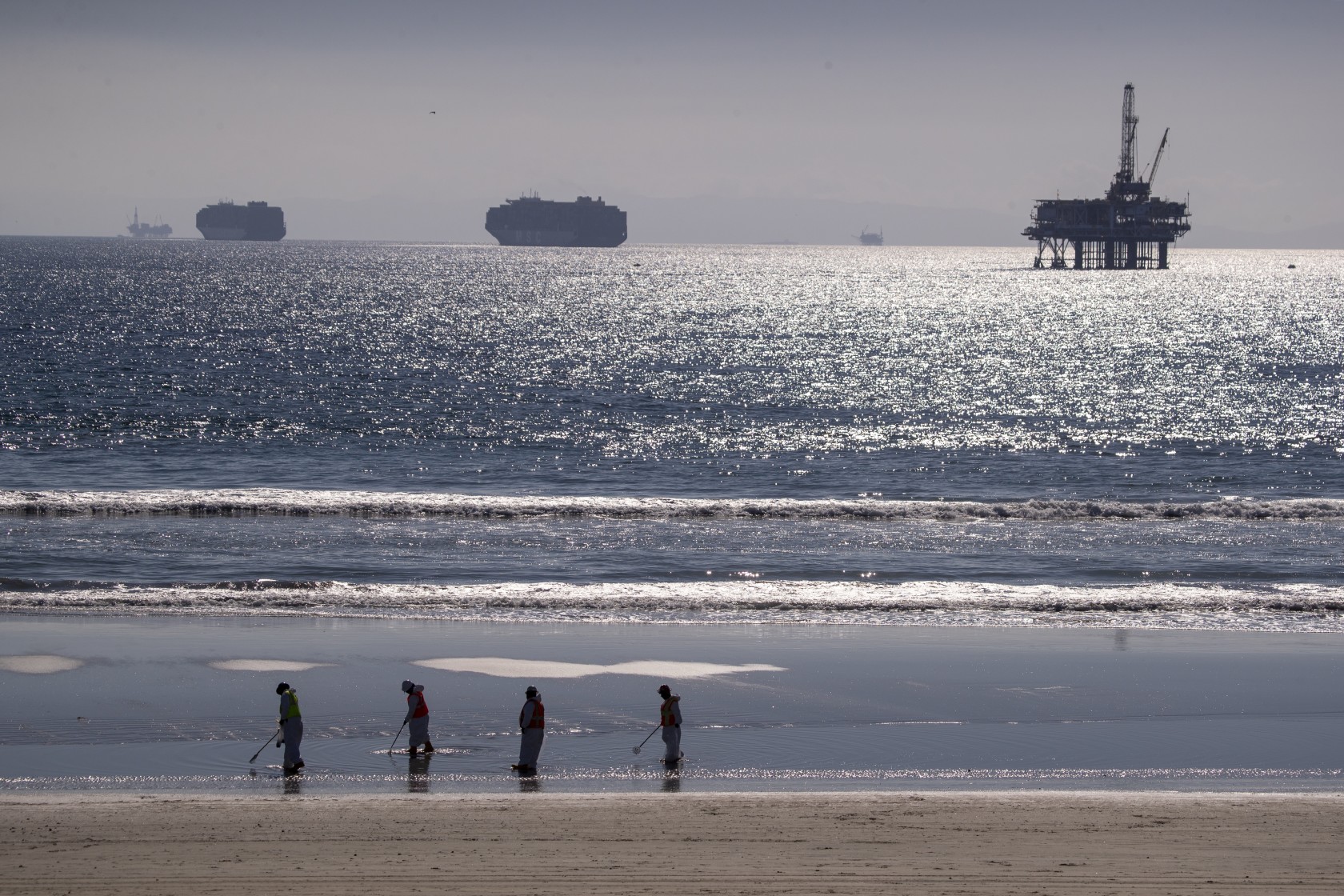 CA - How a coast crowded with ships, port gridlock and an anchor might have caused O.C. oil spill

A final determination for the cause of the spill could take months, but Coast Guard investigators have come up with no other explanation than anchor drag, federal sources said.

In a year that has set records for the number of ships coming and going through the ports of Los Angeles and Long Beach, Friday was not unusual. Winds were light, and the steady movement of traffic at sea was routine.

“I describe it as ‘status quo,’” said Kip Louttit, executive director of the Marine Exchange of Southern California, the agency that directs local maritime traffic.

But the status quo, compared to previous years, was extraordinary, given the heavy concentration of ships waiting offshore to deliver cargo. Container ship traffic has increased fivefold since 2019, and supply chains, affected by production slowdowns and high consumer demand related to the pandemic, are in an unprecedented bottleneck.

With Los Angeles and Long Beach harbors at near capacity, container ships and oil tankers have had to drop massive anchors in designated sites that place them near oil platforms and an undersea infrastructure of oil lines,sewage treatment pipes and communications equipment.

The combination of oil production and global shipping in the same coastal area is now at the center of an investigation into the cause of a massive oil spill that sent crude onto Orange County beaches and sensitive wetland areas.

The U.S. Coast Guard is looking at the possibility that the crush of shipping traffic came into violent contact with this network of undersea infrastructureand triggered a spill that sent an estimated 144,000 gallons of oil into the ocean.