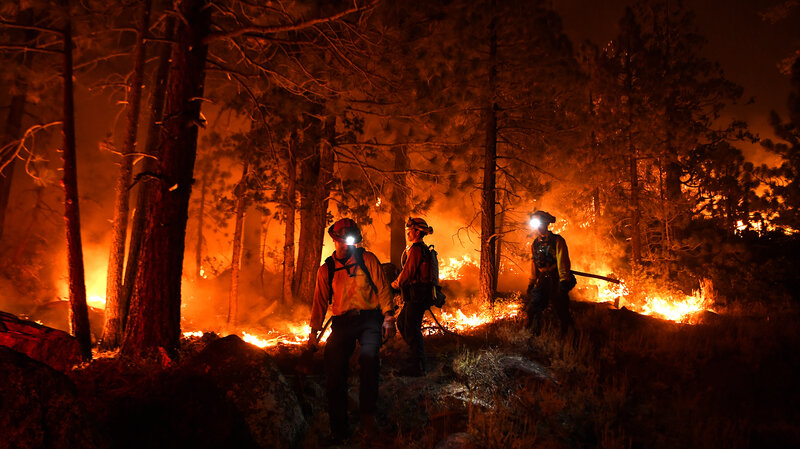 Whether it's fires or floods or hurricanes or rising sea levels, climate change is poised to wreak havoc on property and insurance markets throughout the nation.

Plumes of smoke waft through California. Popular vacation spots have become evacuation zones. Neighborhoods are burning to the ground. As the climate changes and rainy days become even fewer and further between, the state is being forced to reckon with a demonic new season sandwiched between summer and fall: fire season, the time of year you wear an N95 mask for reasons other than just a pandemic, and the smoky skies can make it feel like Armageddon.

Despite fires, the demand for housing in California still dwarfs the supply

Climbing home prices in fire-prone areas may seem strange. There are, after all, many reasons why wildfires should lower property values — the risk of houses burning down, smoke poisoning the air for weeks at a time, charred scenery, skyrocketing home insurance premiums. Studies find fires have a history of reducing an area's housing demand and its property values, especially for homes with ruined views that remind residents of future dangers.

But with its job opportunities, temperate climate and outdoor amenities, Northern California remains desirable, and the supply of homes remains scarce. Housing is so scarce that even if a regular fire season decreases housing demand, an army of eager homebuyers is waiting to snatch up what they consider to be a deal.