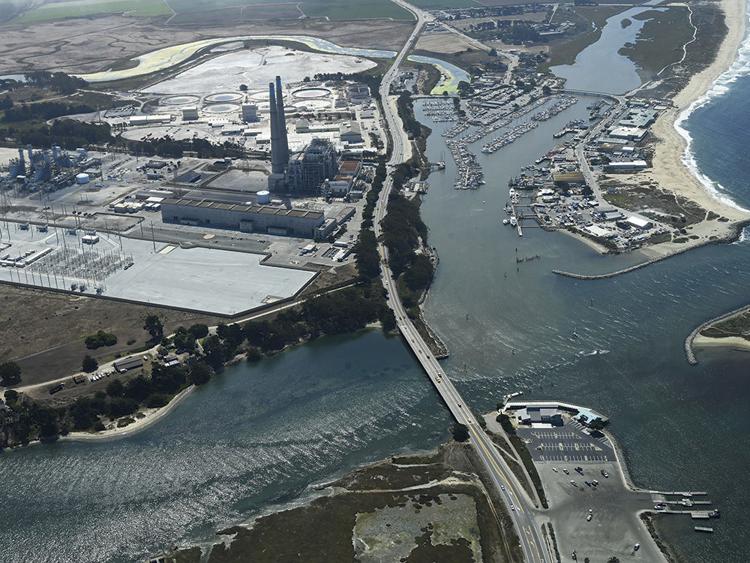 CA - Highway 1 at Moss Landing could disappear under rising seas if no action is taken.

From the cockpit of a Cessna airplane flying over the Monterey Bay in early February, you could almost see the future.

The wide sandy beaches disappeared underneath the waves, which were crashing against the dunes and worsening the erosion of our coastline. The Elkhorn Slough swelled and breached some of the brims meant to guide its course. The Union Pacific Railroad tracks were for stretches submerged.

The flight that provided a vantage point for these images took place during one of the highest tides of the year, known as a king tide. It was an aerial tour for the Weekly and KRML radio organized by the nonprofits Surfrider Foundation and LightHawk, two groups that hope to raise awareness about the challenge of sea-level rise.

“King tides can provide a sneak peek into what sea-level rise could look like, and which coastal areas are likely to be most impacted,” the groups explained.