West Coast
Streets in the Balboa Peninsula are flooded by coastal tides and high surf in Newport Beach, Calif., Friday, July 3, 2020. The combination of surf and high tides could produce minor coastal flooding at the lowest coastal locations in the evenings during high tide this holiday weekend, according to the National Weather Service. Matt Hartman / AP Photo 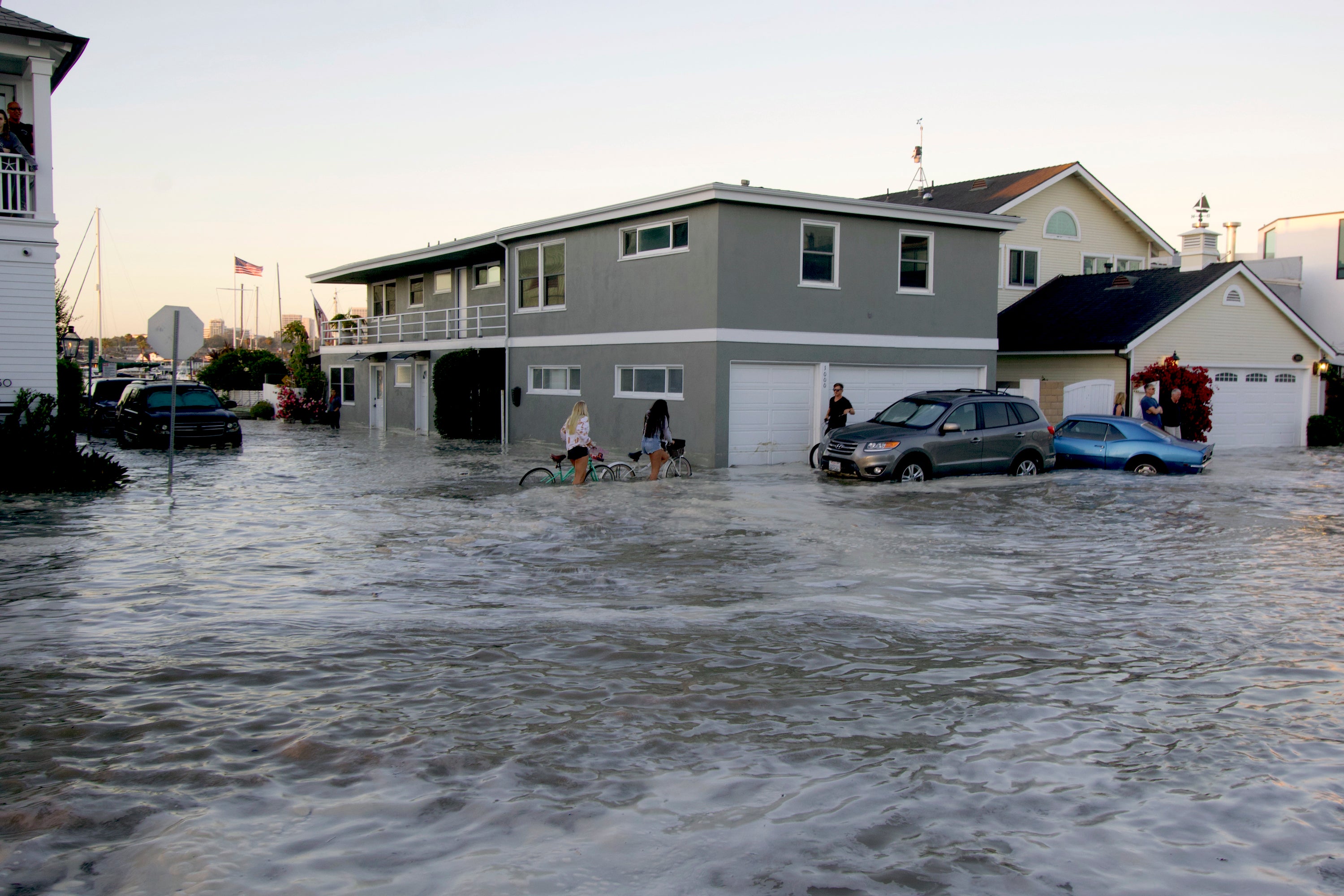 Newport Beach, California, was cleaning up Saturday after flooding caused by coastal tides and high surf covered beaches and roads with water.

Traffic leaving the Balboa Peninsula was backed up for hours at the start of the holiday weekend.

The city was assessing possible damage to homes.

“I think it’s safe to say there has been some property damage, we don’t know the full extent,” Newport Beach city spokesperson John Pope told the Orange County Register. “The city is still assessing some of the damage. There’s sand and trash just littered everywhere.”

Newport Beach Mayor Will O'Neill posted photos of cars driving through floodwaters and beaches covered with water. Several people had to be rescued in high surf, O'Neill said. Video showed large waves breaking on the coast.