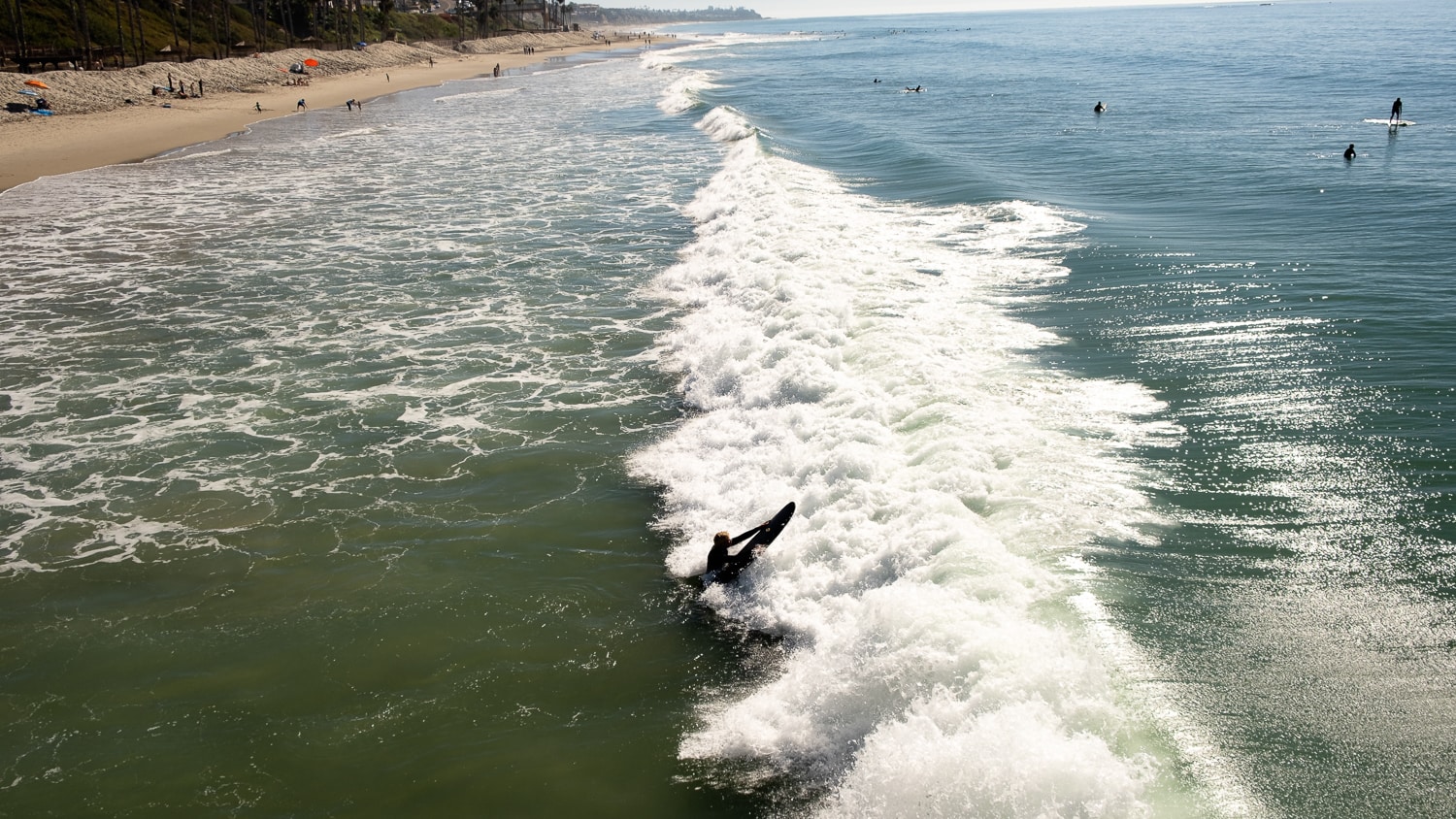 Rivers leading from the mountains to Orange County’s slice of the Pacific bring along bacteria that can pose a threat to surfers and beachgoers.

Bacteria flowing through local watersheds, such as the Santa Ana River from Big Bear Lake to Newport Beach, or the San Juan Creek from Cleveland National Forest to Doheny State Beach, is an increasing hazard to public health, especially for surf zones just offshore.

The idea for the series was sparked by the fall oil spill off Orange County’s coast. But it also goes further — examining the seen and unseen pollution across the local environment — in drinking water sources, ocean waters, on land and in the air. We hope with this series to give residents balanced and informative stories that people can use to be empowered in the community. If you have questions, comments and story ideas please contact Sonya Quick, digital editor at Voice of OC and Chapman adjunct professor.

Harmful bacteria, like shigella and enterococcus, have been reported to affect beachgoers for years, causing staph infections and other major illnesses, according to Pam Conti, Coastal Defender with the Surfrider Foundation and Pegasus School Environmental Sustainability Director.

What should you know before entering the water?

As tides are always shifting and currents are always changing, “…cross-shore currents dilute contaminated surf zone water with cleaner water from offshore. Such that surf zone contamination is generally confined to <5km (3.12 miles) around the river outlet.”

Conti works with the Blue Water Task Force created by the Surfrider Foundation, focusing on testing for bacteria in the Santa Ana River.

According to the National Center for Biotechnology Information, enterococcus is known for causing diseases such as: urinary tract infections, intra-abdominal, pelvic, and soft tissue infections, bacteremia, endocarditis, and other uncommon infections, like meningitis, hematogenous osteomyelitis, septic arthritis, and pneumonia.