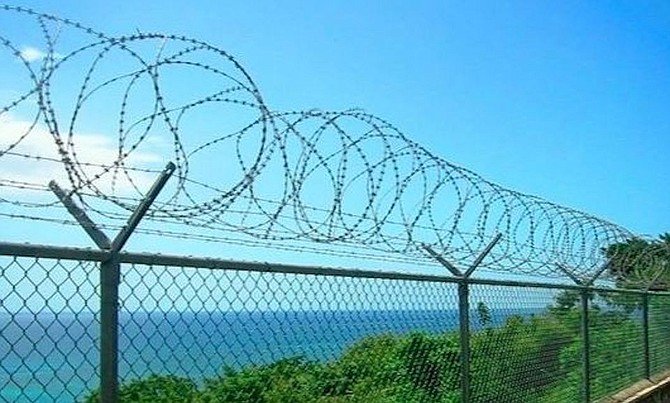 Fencing to be built along train tracks on bluffs

There's only one place to cross the railway legally to get to the beach in Del Mar. But instead of adding more safe crossings, transit officials want to add 1.4 miles of fencing along the bluffs starting this fall.

And that means making sure the city of Del Mar and the California Coastal Commission stay out of the way.

The fencing plan was shot down by the city council in November, 2018 over concerns about public access, and the North County Transit District fears more opposition. So the agency, which owns the railroad and adjacent right-of-way, has requested a federal “declaratory order” that would remove local control over the bluff and tracks.

The petition, filed August 28, names the city of Del Mar and the Coastal Commission as parties. It would give the transit district veto authority over objections to its work on the coaster commuter rail line that runs north and south along the coast between Oceanside and San Diego.

"This will be a great loss for the entire community — cutting off beach access for thousands of people, ruining the landscape, and creating safety risk for anyone caught inside the fence," says a change.org petition started by a Del Mar resident.

Transit officials say it's essential for public safety, and providing uninterrupted service. Fencing projects in Encinitas and Oceanside have been recommended by the agency.

Overall, the county is in ninth place for the highest number of rail casualties in the U.S. The Federal Railroad Administration attributes it mainly to the convenience of trespassing and lack of fencing or enforcement.