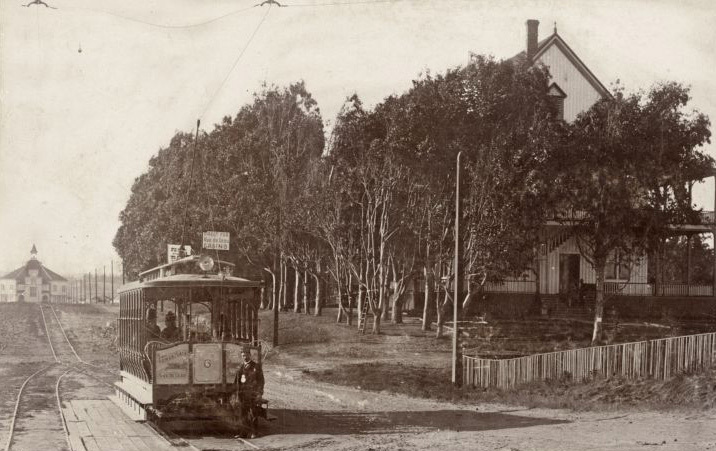 West Cliff, whether the roadway or the sidewalk, or an often dusty wagon road in the old days, has been a favored Santa Cruz destination for more than a century.

Whether at sunrise or sunset, there are always people, young and old, locals and visitors, out enjoying West Cliff. And while many from out of town think they are looking west, which is a logical conclusion, with some reportedly asking if that land out there is Hawai’i, we are actually looking south toward the Monterey Peninsula.

We are all fortunate, unlike much of East Cliff and Opal Cliffs, that the original wagon road followed the cliff edge, and so, with one exception, all of the lots created and the homes subsequently built were on the inland side of what became West Cliff Drive. So everyone gets an unobstructed ocean view and access to the shoreline, whether just walking or climbing down to any of the pocket beaches or the tide pools. Along Opal Cliffs Drive, the homes were all built on the ocean side of the road, so views and access are much more restricted.

Through the years, however, the winter storms and large waves at times of high tides have taken their toll on the cliffs, as they have this past week. Natural Bridges State Beach is the most visible example, where what was originally known as Moore’s Beach, then Hall’s Beach, followed by Swanton Beach, has had two of its three natural bridges disappear in time. The outermost arch collapsed shortly after 1905, and the innermost fell on the night of Jan. 10, 1980. There have been at least a half a dozen others, however, including what was known as Crown Arch, which was a triple arch for a while near the end of Woodrow (formerly Garfield) that was frequently photographed with people standing or sitting on top.

Anyone who walks or bikes West Cliff often will have noticed that there are several areas where portions of the pedestrian/bike path have collapsed. This has not been lost on the city, which is now completing a two-year-long study culminating in a West Cliff Drive Management Plan.