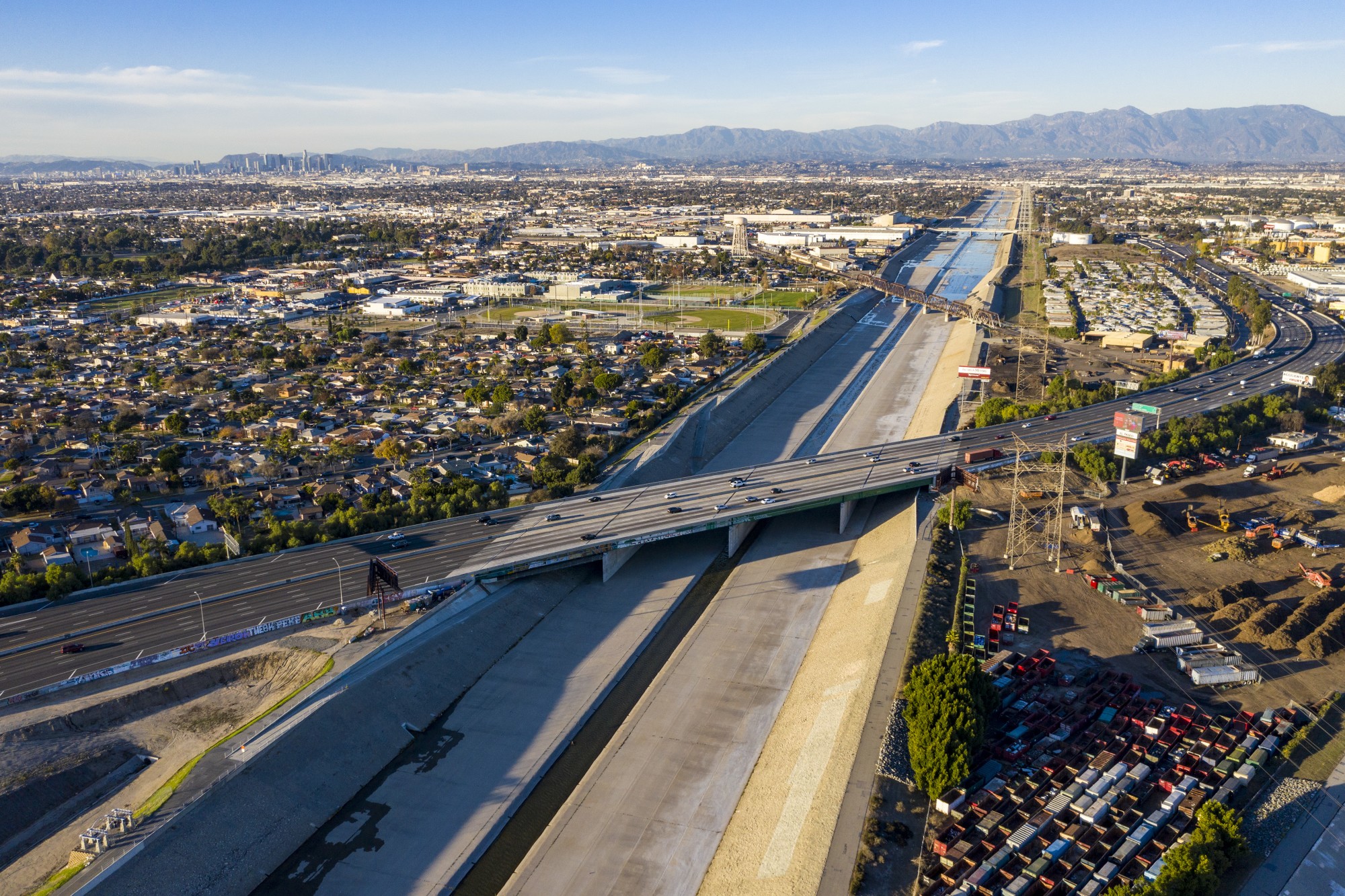 CA - Frank Gehry’s Bold Plan to Upgrade the L.A. River Seeks to Atone for Past Injustices

In the decades since engineers first blanketed the Los Angeles River with concrete, working-class communities along its armored banks have struggled with blight, poverty and crowding — unintended consequences perhaps of an epic bid to control Mother Nature.

Now, as many of these neighborhoods suffer disproportionately higher rates of infection from COVID-19 — and as the nation seeks to atone for racial and institutional injustices laid bare in the police killing of George Floyd — famed architect Frank Gehry has unveiled a bold plan to transform the river into more than just a concrete flood channel and establish it as an unprecedented system of open space.

For more than half a century, Gehry has been better known for sketching ideas that became flashy cultural and commercial landmarks, such as the dazzling Walt Disney Concert Hall, whose tilting forms have reinforced Los Angeles’ place among the world’s great urban centers.

Today, the 91-year-old has emerged as a lead architect in far-reaching proposals designed to uplift the profiles of Southern California’s poorest, most densely crowded communities along the backbone of the county’s flood-control system.

Critics, including some influential environmental groups, would prefer to see naturalization of the river itself. But during a recent Zoom call from his Los Angeles studio, a grin crossed the Pritzker Prize winner’s face as he shared his plans to transform the forlorn industrial confluence of the Los Angeles River and the Rio Hondo in South Gate into an urban cultural park like no other.