West Coast
Susan Hansch, right, was tapped by Peter Douglas, left, in 1999 to be his chief deputy. Quiet and behind the scenes, she’s an unsung hero of the coast, people who know her say.(California Coastal Commission) 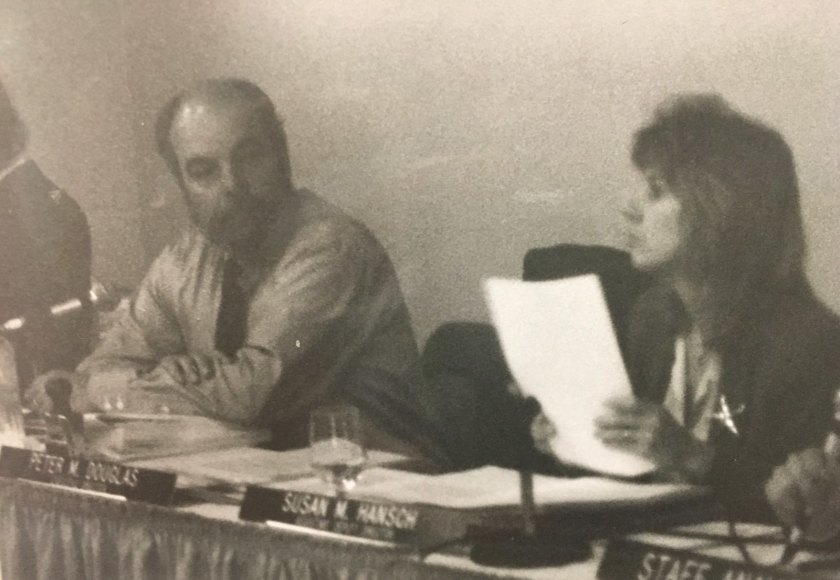 CA - For decades, she's been the unsung hero of California's coast

When Californians dig their feet into the sand and marvel at a seascape uncluttered by Miami high-rises or a Jersey-like shore, some might know to thank the state's hard-fought history of coastal protection.

A unique law, willed into existence by the people of California, declared decades ago that the coast is a public treasure that must be shared by all. Entrusted with this mission is an unusual government agency that has waged many epic battles against the state's most powerful and wealthy.

One woman has been there since the very beginning.

Considered the heart and brains of the California Coastal Commission, Susan Hansch has kept the pulse of the agency beating for more than four decades. She is the lesser-known half to the one in charge, the longtime deputy to the numerous men who have taken the helm.

Have a question that can't be answered? Ask Susan. Unsure about some arcane piece of legislation? Call Susan. She's the gut check, the one who dots the I's and catches all the blind spots. A firm but friendly force of reason, this petite second-in-command has stood up to some of the biggest oil companies and the most challenging controversies.

Now, after 46 years at the commission, the agency's longest-serving guardian of the coast is finally moving on. She tried to retire years ago, but there always seemed to be another crisis that could use her wise counsel.

"Susan is the most important person to the coast you've probably never heard of," said Democratic Assemblyman Mark Stone, a former coastal commissioner. "She is absolutely the unsung hero of the coast."

Hansch, 68, first fell in love with the California coast when she was in the seventh grade. Her father, a Navy man turned English teacher, was fed up with shoveling snow on their small farm in Illinois and moved their family to Gilroy, California. The eldest of four, Hansch remembers her mother making the 40-minute drive over the hill toward Santa Cruz and the sea.