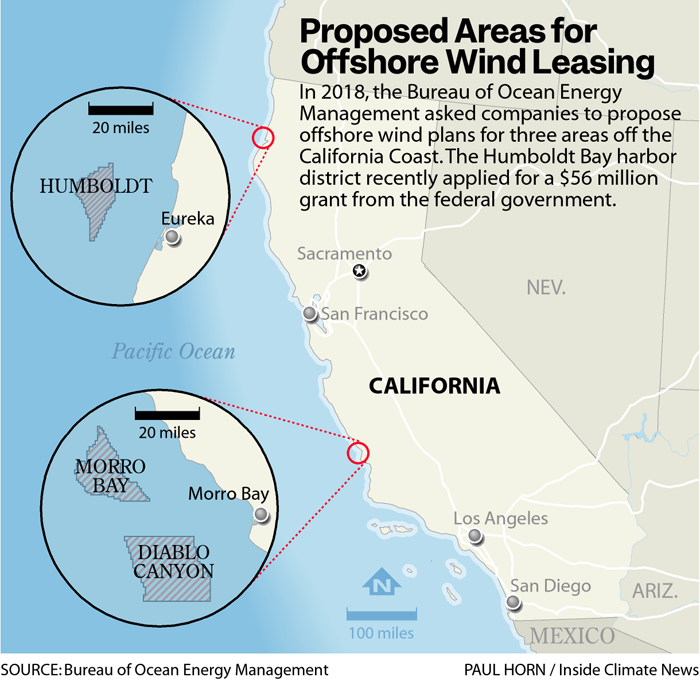 A recently formed association is seeking to afford some protection to the fishermen who will lose access to fishing grounds as the state and country transition to running on renewable energy like offshore wind.

Earlier this year, Humboldt County’s commercial fishermen joined with other members of their industry across the North Coast, from Crescent City to San Francisco, to form the California Fishermen’s Resiliency Association. The association is a point of contact for offshore wind developers, with whom the association wants to develop industry-to-industry contracts called fishing community benefit agreements that will ensure harm to California’s community fishing grounds is minimized and mitigated.

There are already a lot of restrictions on when and where commercial fishing can take place along the California coast and fishermen have said the installation of offshore wind turbines would further limit their access. The two leases being sold about 20 miles off the coast of Humboldt County total 132,369 acres. The total is 373,268 acres when including the three lease offered in Morro Bay.

The Bureau of Ocean Energy Management is partially requiring and partially encouraging developers to work with local communities if they secure one or more of the leases. The proposed sale notice with preliminary details about the offshore wind leases and auction process includes proposed incentives that would be given to developers that commit to community benefit agreements.

Community benefit agreements are arrangements made between community benefit groups and developers in which the former agrees to support a project, which generally requires several public hearings, in exchange for a developer’s commitment to fund or provide certain benefits to the local area or industry. Those benefits can range from offering workforce training programs to helping fund road repairs.

That set a high bar for industry-to-industry agreements and the fishermen’s resiliency association is pushing for a statewide fishing community benefit agreement, the provisions of which would be locally administered by the association’s regional management committees.