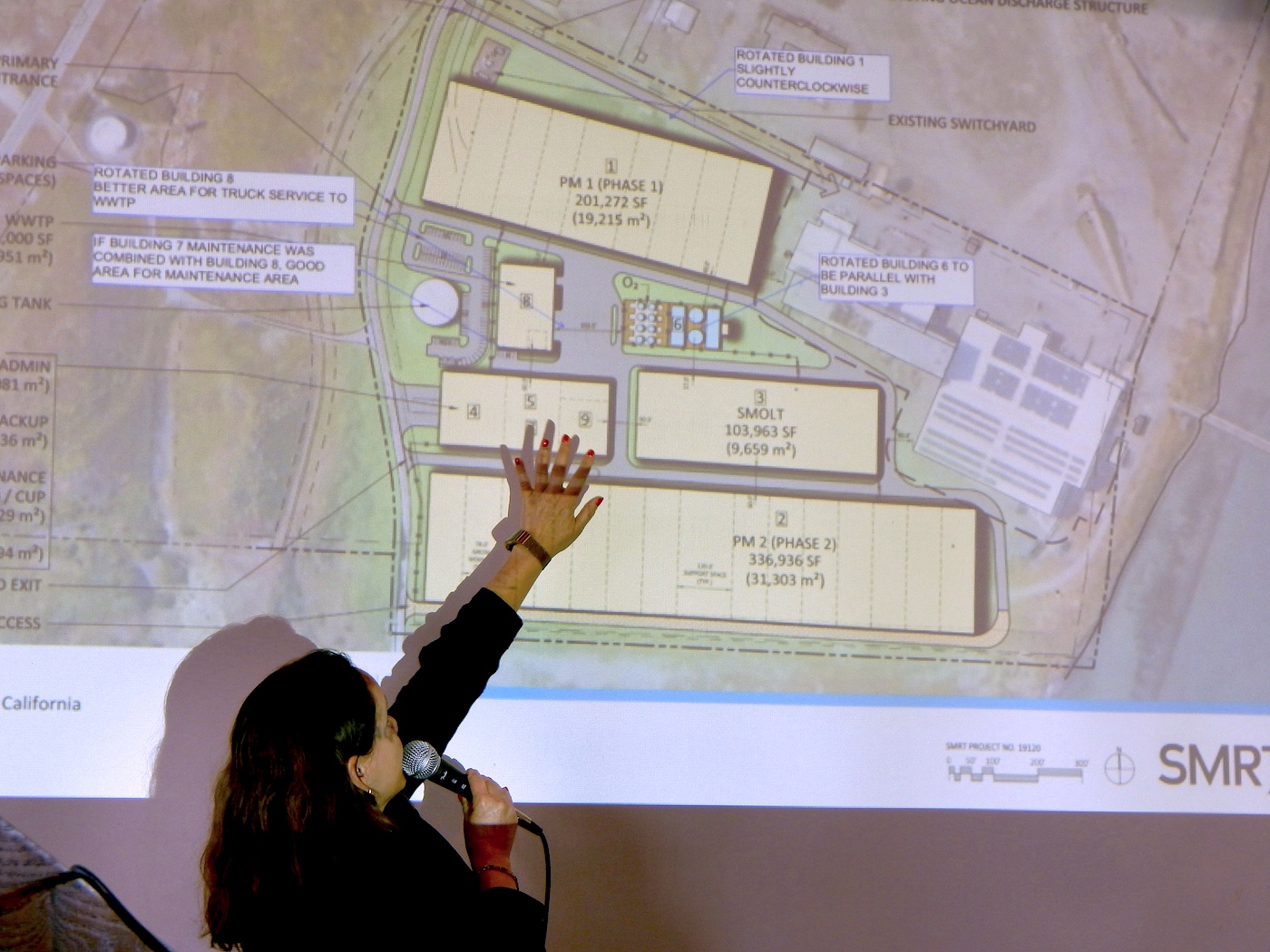 The Nordic Aquafarms company has advanced its plans to build a major aquaculture facility on Humboldt Bay to tentatively raise Atlantic salmon, which concerns the fishing industry locally and coastwide.

​The Norway-based Nordic Aquafarms unveiled its project design and answered questions at a March 10 forum at Eureka’s Wharfinger Building. About 25 people were there.

​The project will consist of six buildings on the Samoa Peninsula at the site of the former Louisiana-Pacific pulp mill.

The company had held off on indicating a preference for the type of fish that will be produced. At the forum, Marianne Naess, Nordic’s commercial director, said it will either be steelhead or Atlantic salmon and the company will “probably apply for both.”The company's managers have also said that the preferred species to be raised at this point is Atlantic salmon