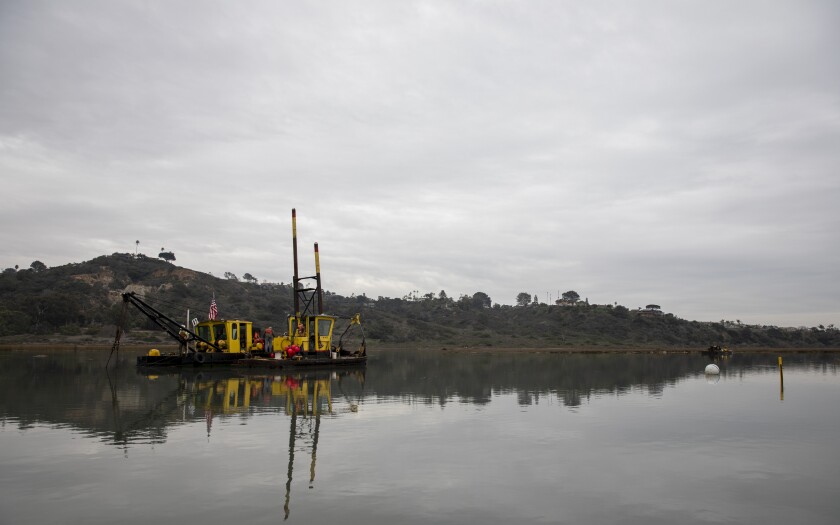 A floating, diesel-powered dredge sucked sand out of the San Elijo Lagoon on Thursday — pumping the wet, gray material through a long plastic pipe onto Cardiff State Beach.

Last week marked the start of the final leg of a $117-million restoration project, which nearby communities hope will also slow shoreline erosion. The vision was initially proposed in the 1990s but didn’t secure funding until 2017.

Specifically, the California Department of Transportation is creating a roughly 80-foot channel under Interstate 5 to allow more saltwater into the eastern parts of the wetlands. For decades, I-5 trapped freshwater runoff in the lagoon, encouraging the growth of invasive plants, such as cattails and bulrushes.

The restoration, which is expected to continue through the winter, has also deepened the lagoon with previous dredging and reintroduced native plants, such as cordgrass, which provides habitat for the federally endangered Ridgway’s rail.