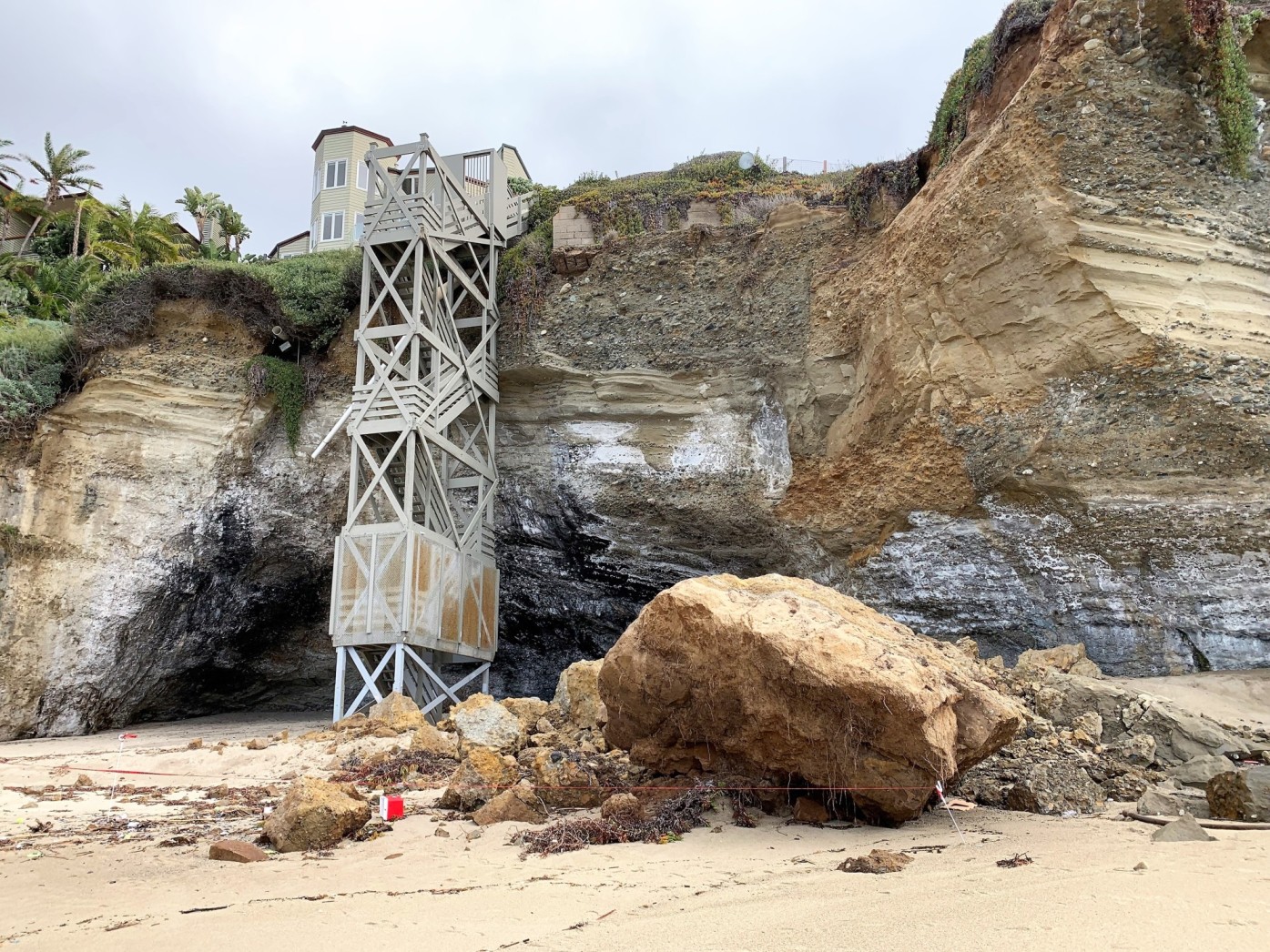 A rockfall that spilled boulders from cliffs high above Table Rock Beach has prompted county officials to close the sands below.

The rocks tumbled from the cliffs on Thursday, Dec. 23, and OC Parks, the agency that manages this South Laguna Beach stretch, closed the stairway to prevent public access, spokeswoman Marisa O’Neil said.

Table Rock Beach is known for its coves, steep cliffs and sea cave, and is often sought out as a backdrop for photos. The rocks that came down fell on the south side of the cave.

The county is assessing what needs to be done to stabilize the cliff area, O’Neil said.