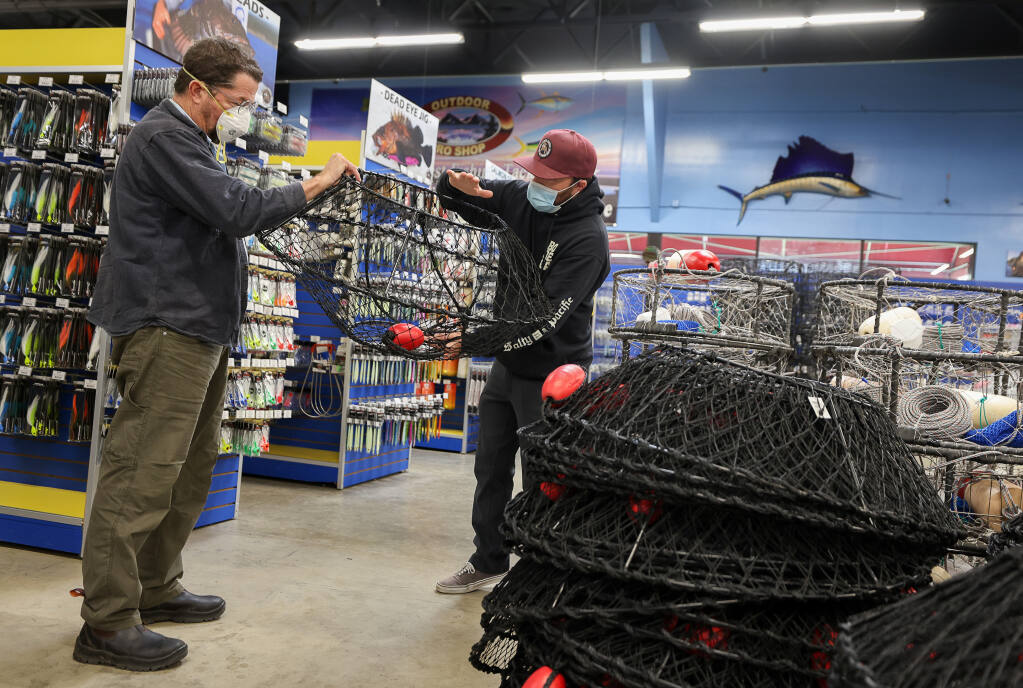 The start of the commercial Dungeness crab season will be delayed for the third straight year because of endangered marine animals feeding in high concentrations off the coast that could be ensnared if crabbers were permitted to set their pots.

It is not clear when the commercial season, which traditionally begins Nov. 15, will be allowed to proceed. State officials said they would issue their next assessment on the presence of endangered whales and sea turtles on or before Nov. 22.

The commercial fleet will stay tied up at dock in the meantime and hope there may be a way to get Dungeness crab on Thanksgiving tables, though that particular North Coast holiday tradition appears under threat.

A Nov. 22 decision would leave little time to soak crab traps and get the crustaceans ashore, processed and out to market in time for Turkey Day, Nov. 25.

But the delay, announced Monday, was not unexpected, given recent surveys showing large numbers of endangered humpback whales, as well as a few stray blue whales and five sightings of extremely rare Pacific leatherback turtles off the coast roughly between Point Reyes and Half Moon Bay, and out to the Farallon Islands.

“The department — their hands are tied,” said veteran Bodega Bay fisherman Dick Ogg, vice president of the Bodega Bay Fishermens’ Marketing Association and a member of both the California Dungeness crab Task Force and the Dungeness crab Fishing Gear Working Group, both of which advise on fishery management and regulations. “We’re held captive by the regulations, so we’ve got to understand that.”