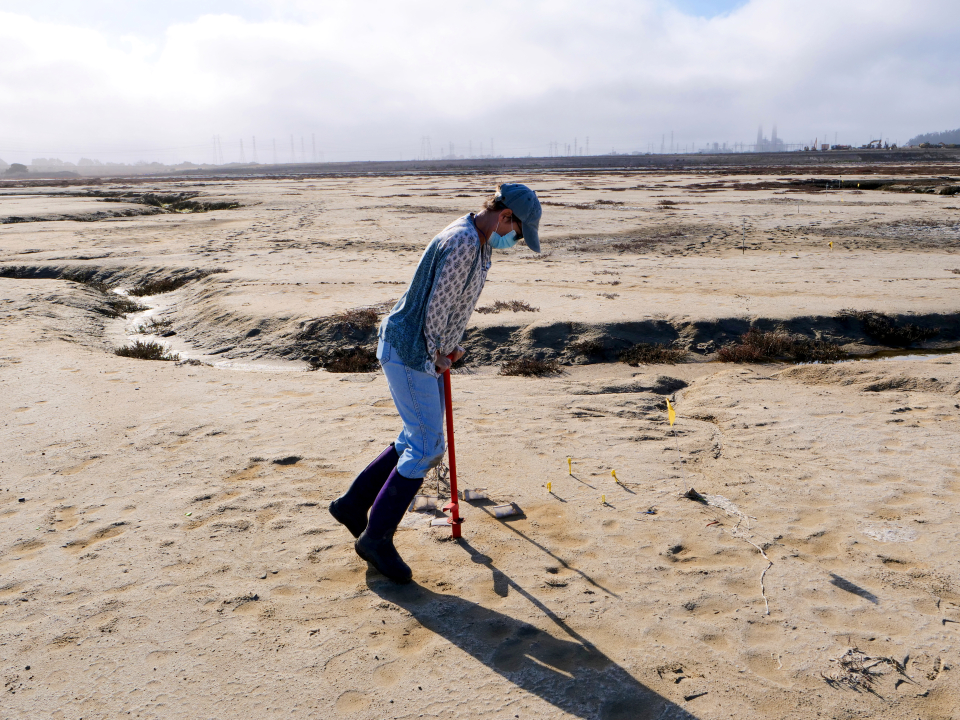 MOSS LANDING — Just a short paddle up the Elkhorn Slough, kayakers can spot Hester Marsh. Degraded by decades of diking and draining, and threatened by rising sea levels, the marsh is now being lifted out of the muck.

Labeled the Tidal Marsh Restoration Project, the restoration will ensure Hester Marsh outlasts the drowning of most other Elkhorn salt marshes, projected to occur within 50 years.

These marshes provide vital natural habitat and play a critical role in fighting climate change, experts say, through their ability to capture and store large amounts of atmospheric carbon.

“Carbon dioxide levels in the atmosphere are at record levels – and rising,” said António Guterres, United Nations Secretary General, at the 2020 Climate Ambition Summit earlier this month. “If we don’t change course, we may be headed for a catastrophic temperature rise.”

Enter the restoration of Hester Marsh.

“Marshes are incredibly productive,” said Kerstin Wasson, a wetlands biologist with the Elkhorn Slough National Estuarine Research Reserve. “They convert a lot of carbon dioxide into the plant tissues.”

And compared to many other productive environments, salt marshes capture and retain far greater amounts of carbon.