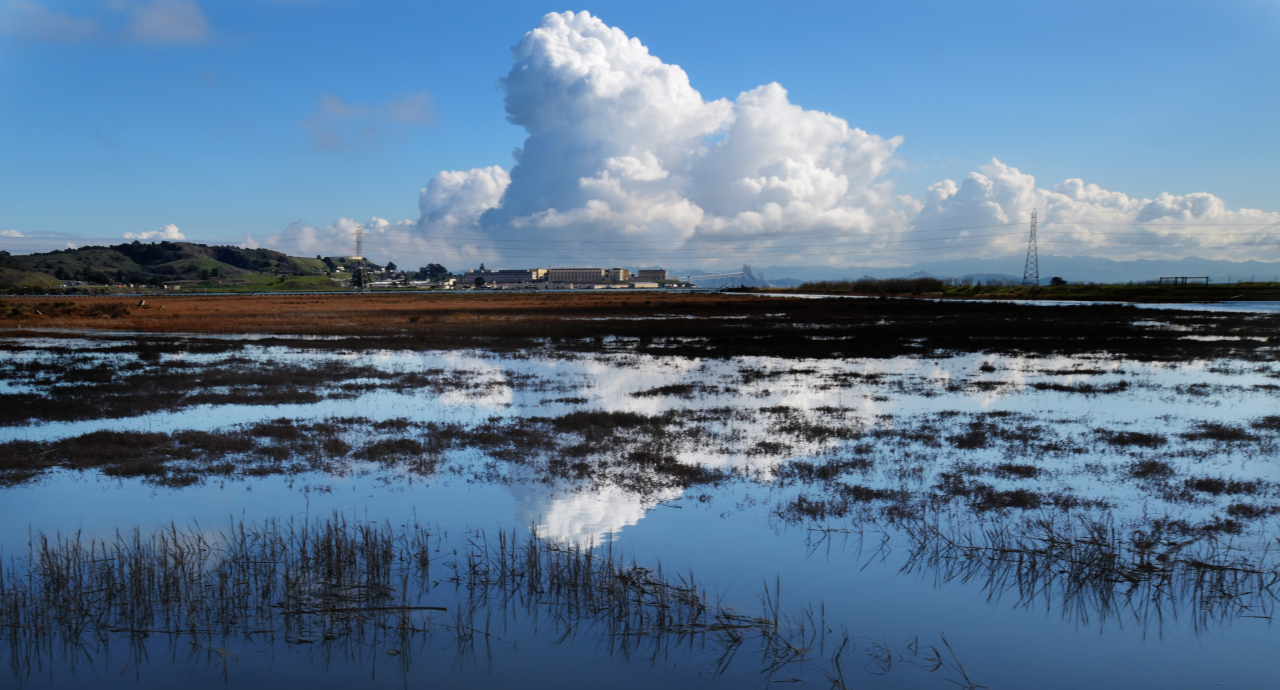 For years, the Golden Gate Bridge District referred to its bayfront property in Corte Madera as sort of a “bank.”

It was where the district could dump spoils from maintenance dredging along Corte Madera Creek needed to accommodate ferryboat traffic to and from the Larkspur Landing terminal.

The nearby site allowed the district to sidestep the higher cost of trucking or pumping the spoils to another location further away. The 600-some acres were purchased in the 1970s by the district as part of its acquisition of bayfront for the Larkspur Landing ferry terminal.

Over the years, in order to secure approvals needed for dredging and running high-speed ferries, the district has been required to restore slices of that acreage. It has taken three decades, but the district has completed its promise.

It has now restored four acres of that larger site to wetlands, bringing back habitat vital to shoreline species and installing a new path along the bayfront. The transformation of the site includes opening it to tidal action.

The task involved removing 28,000 cubic yards of old dredge spoils and digging out a bowl-like area and an inlet to re-open the site to tidal action. It planted 17,000 plants — such as pickleweed and saltgrass — to help bring back the marsh and a place where animals, birds and bugs (including several rare and endangered species) can feel at home.