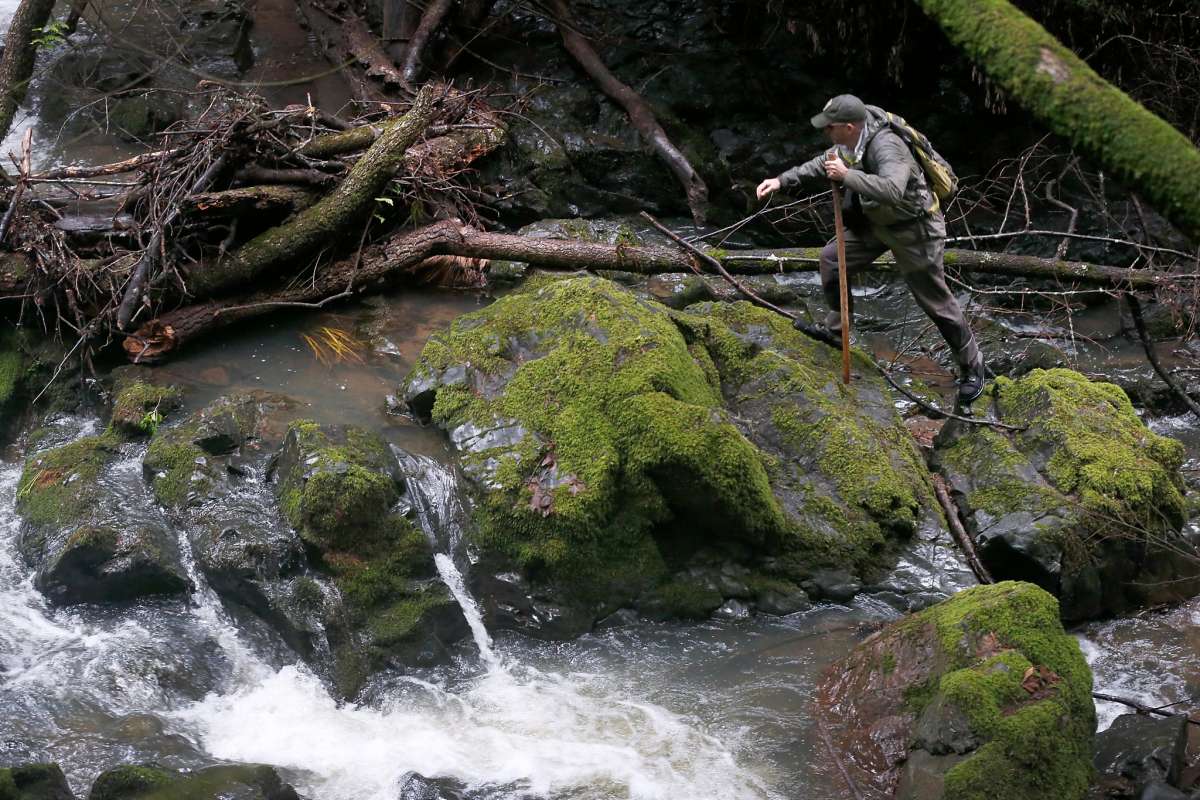 The pouring rain this winter brought with it a buoyant optimism among fisheries experts about the celebrated run of coho salmon in western Marin County, but the expected swarm of leaping pink fish never showed up.

Fewer than 90 coho have made their way up meandering, forested Lagunitas Creek and laid eggs on the northwest side of Mount Tamalpais, one of California’s last great strongholds for embattled wild salmon that have never mingled with hatchery-bred fish.

It is among the worst showings of the cold-water-loving coho in nearly a quarter century, and researchers are trying to figure out what went wrong.

“We’ve been collecting this data for 24 years, and this is likely to be the second-lowest count we’ve seen in that time,” said Eric Ettlinger, the aquatic ecologist for the Marin Municipal Water District, one of four agencies that conduct the annual spawning surveys. “It’s quite bad.”