West Coast
An agreement to allow the removal of the weir at the mouth of the Buena Vista Lagoon on the border of Oceanside and Carlsbad will allow saltwater to circulate in what is now a freshwater lagoon.(John Gibbins / San Diego Union-Tribune) 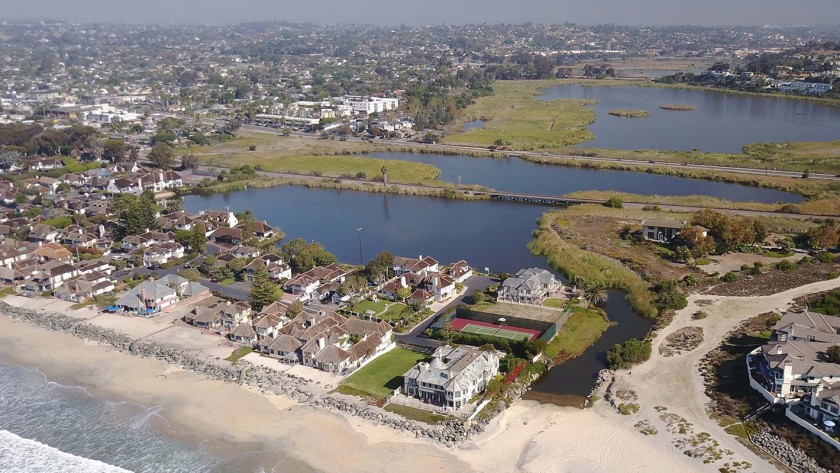 A long-sought compromise has been approved that will open the stagnant, reed-filled Buena Vista Lagoon to the sea and restore its native coastal marine habitat, but years of work remain before the transformation begins.

Disagreements over whether the lagoon at the border of Carlsbad and Oceanside should remain freshwater or be restored to saltwater have stalled the project for decades. The final decision allows the removal of the weir, a low wooden dam at the mouth of the waterway that keeps out the ocean and holds back runoff from rain and irrigation.

Silt and sediment have slowly been filling the 220-acre lagoon since the weir was built. More than 60 acres of open water have been lost to cattails in the last 30 years.

The barrier was first installed by homeowners in the 1940s to keep the lagoon water at a steady level and create San Diego County’s only freshwater lagoon. It was replaced by a sturdier wood-and-concrete structure in the 1970s. Removal of the weir will allow the lagoon’s 50-foot-wide entrance channel to be deepened and widened to 100 feet, so that ocean tides can continually flow in and out.