West Coast
A dead fish on the beach of Fort Funston on Aug. 25, 2022. This photo was sent to San Francisco Supervisor Aaron Peskin by city resident Abra Castle. (Courtesy of Abra Castle) 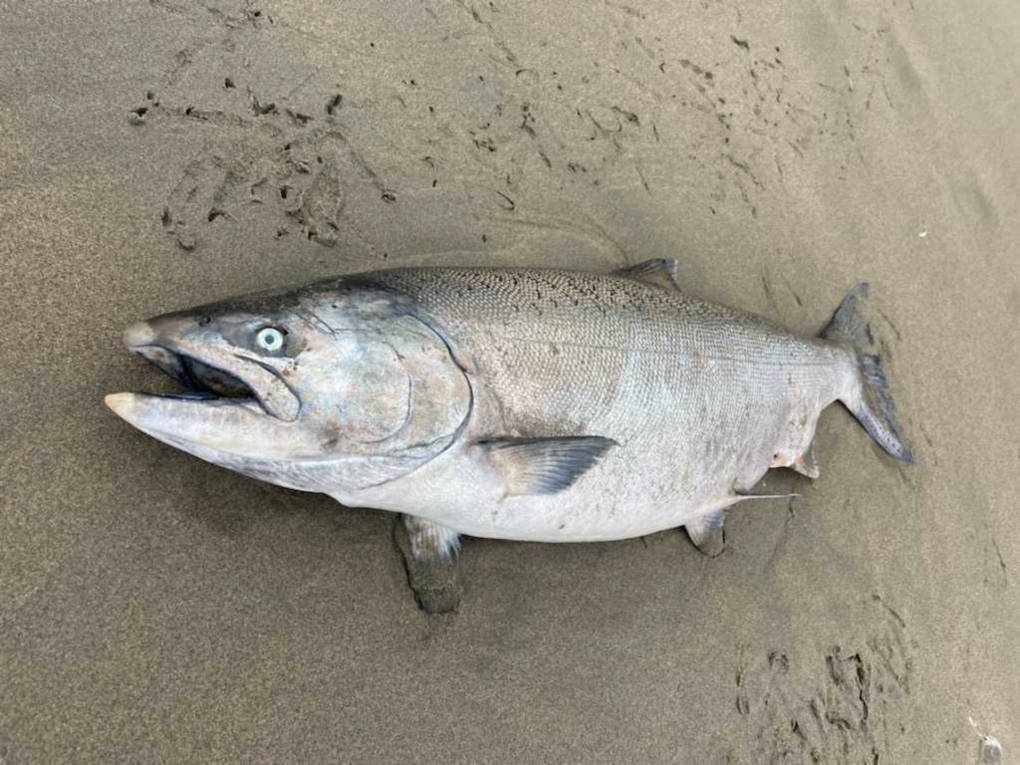 Thousands of dead fish are piling up across the Bay Area. It's a mass-death event the San Francisco Bay hasn't seen the likes of in years, says Jon Rosenfield, senior scientist with environmental group San Francisco Baykeeper.

From the concrete outer edges of Oakland's Lake Merritt to the sandy beaches of San Francisco's Fort Funston and the pebbled banks of Oyster Point in San Mateo County, the carcasses of fish likely poisoned by a harmful algal bloom — more commonly known as a red tide — are washing ashore.

'From a fish's point of view, this is a wildfire in the water.'Jon Rosenfield, senior scientist, San Francisco Baykeeper

"From a fish's point of view, this is a wildfire in the water," he said.

By SF Baykeeper's count, the number of fish dying off in the San Francisco Bay could easily exceed hundreds of thousands, and that, Rosenfield said, might even be a "low" estimate.

His field investigator confirmed "easily tens of thousands of fish dead" in Lake Merritt alone. But Rosenfield cautioned, "What you see is just the hint of what's actually happening further beneath the water's surface and in places you're not getting to on the shoreline. So it's really an uncountable number."

It may be harmful to humans, too. An algal bloom of this size can cause skin irritation and respiratory problems, and the San Francisco Bay Regional Water Quality Control Board is advising people to avoid swimming, kayaking or other activities on the water until the bloom subsides.

Mary Spicer of Alameda, who paddles on the bay with an outrigger canoe team, said some members of her team have been experiencing skin irritation after coming into contact with the water over the past few weeks. Spicer said she began to notice discoloration of the water about a month ago — and then it turned to a "denser, thicker, chocolaty brown."

Paddling at the Oakland Estuary a couple weeks ago, she was heartbroken to see a juvenile harbor seal poking its head out of the discolored water. "Just to see these marine creatures ... having to live in the red, brown, dense water, it's really just disconcerting," she said.

The National Oceanic and Atmospheric Administration describes red tides as a "harmful algal bloom," or large colonies of algae plants growing out of control that are sometimes rust-colored. Not all algal blooms are harmful, and most are beneficial in the ocean.

However, a small percentage of algae can produce deadly blooms, and that's what Rosenfield believes may be happening now.