West Coast
via California Department of Fish and Wildlife 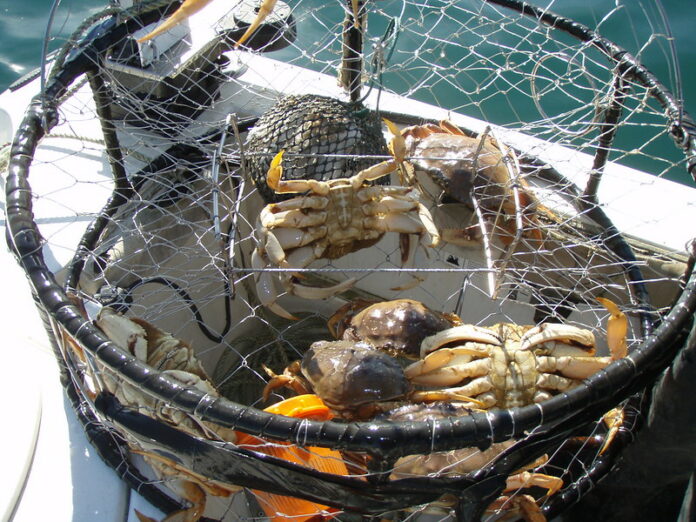 The crabbing industry, a part of the commercial fishing industry that generated an estimated $100 million on California’s North Coast in 2017, has been beset by increased regulation, the effects of climate change and internal negotiations in recent years.

The crabbing season has been repeatedly delayed by state agencies citing concerns about whale sightings, since crabbers’ equipment is known to snag and sometimes kill whales and other sea creatures.

Earlier this year, North Coast crabbers faced yet another challenge: reaching an agreed price with one of the largest wholesalers in the industry. After a weeks-long standoff, the crabbers agreed to sell at $2.75 per pound, though the actual sale price was higher than that.

Certain algal blooms, which are becoming more common as oceans become warmer, can also make crabs dangerous to eat. In recent years, the California Department of Public Health has temporarily barred crabbers from harvesting from Bodega Bay and other areas, citing the health risk of eating crabs with excessive amounts of domoic acid in their bellies.

The most recent industry challenge comes in the form of proposed legislation which would require crabbers and many other fishermen to use “ropeless” traps by the end of 2025 in order to avoid killing or harming sea creatures which can become snared in lines stretching from a trap at the sea-floor to a buoy at the surface. Ropeless traps are summoned to the surface using an electronic transmitter.

“California is a global leader in technology and innovation, yet we continue to crab with archaic technology that puts our cherished marine wildlife at risk,” Bonta said when he announced the bill. “As we move into the future, we can have both productive crabbing operations and oceans that are safe for whales and sea turtles.”

Whale entanglements reached a height in 2016, with 71 confirmed cases off the West Coast—including 22 involving commercial Dungeness crab gear—according to the National Oceanic and Atmospheric Administration. While the rate of entanglements has dropped from that year, the rates are still significantly higher than historic levels.