West Coast
A bird at Deer Creek Beach. The acquisition of 1,300 acres of seaside property highlights a growing belief in Southern California that undeveloped land need not be just another commodity for high bidders.(Carolyn Cole / Los Angeles Times) 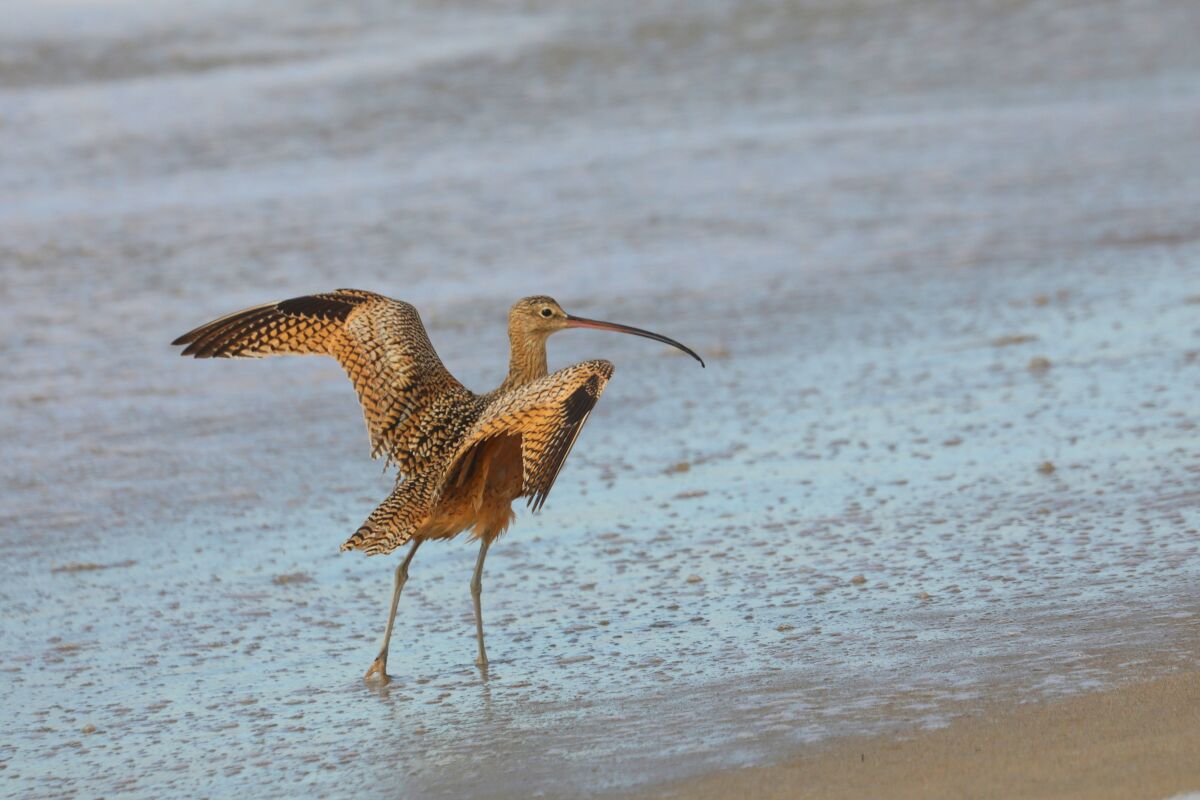 The scene from the privately owned ridgelines just northwest of Malibu is of untrammeled coastline where natural forces continue to unfold: Fog lifts off steep slopes scented with coastal sage that haven’t changed since Chumash Indians roamed them centuries ago.

The only sounds are of surf crashing against the base of fortress-like mountains with panoramic views of dolphins, sea lions and gray whales swimming free about an hour’s drive from Los Angeles.

Legal disputes for decades put a cloud over the future of the 1,250 acres of land just northwest of the Ventura County line that biologists coveted as environmentally valuable, and developers saw as prime real estate in an area where the median price of a home is about $5 million.

The combatants included would-be developer Harry Mansdorf, now deceased, whose family had purchased the property over four decades ago with proceeds from their aircraft business. Their most famous plane was the Pregnant Guppy, a bulbous cargo carrier that ferried moon rocket parts from the West Coast for NASA in the 1960s.

When the dust settled in court, would there be any room left for wildlife?

A new chapter in the tumultuous history of the area known as Deer Creek Beach opened on Friday when the nonprofit conservation group Trust for Public Land announced that it had purchased the property for about $25 million with the intention of transferring it to the adjacent Santa Monica Mountains National Recreation Area — its greatest growth spurt ever.

On a recent morning, Guillermo Rodriguez, the Trust’s state director, stood on a stretch of windswept beach where Deer Creek flows into the ocean and said, “Everywhere I look here makes me happy, and we are its proud owners.”

The acquisition highlights a growing belief in Southern California that undeveloped land need not be just another commodity for high bidders.

“Protecting places like this,” said Suzanne Goode, a retired environmental scientist, “lets people know what the Southern California coastline was like before we started developing it.”

Pausing to collect her thoughts, she smiled and then added, “It’s also a huge win for mountain lions.”

Don’t start cheering yet. It may take another two years “of hard work and planning,” Rodriguez said, to complete the procedures required to bring the property under management of the National Park Service.