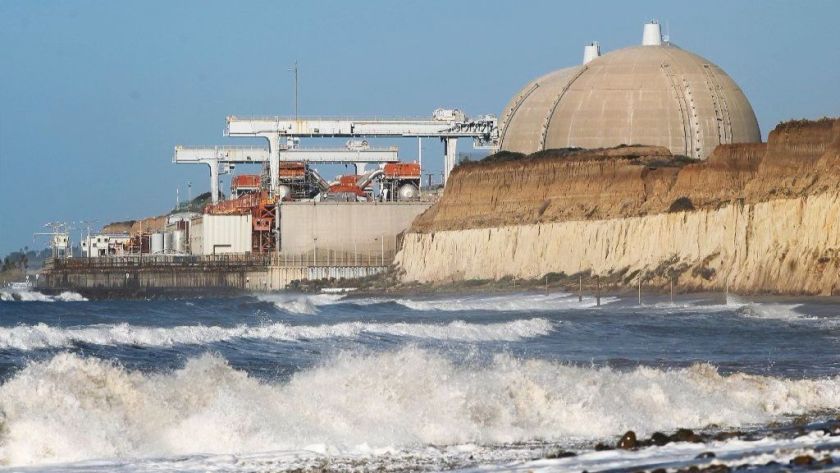 Nuclear Shutdown News chronicles the decline and fall of the nuclear power industry in the US and beyond, and highlights the efforts of those working to create a nuclear free world.

As San Onofre nuke demolition begins Watchdogs assert it could cause a nuclear catastrophe.

On February 6, Coastal News, from Solana Beach in San Diego County, reported, “Public Watchdog, a nonprofit (San Diego-based) advocacy group filed a petition with the US Nuclear Regulatory Commission” to put the kibosh on that action.

Coastal News continued “The advocacy group claims that if the facility if flooded with rain or ocean water, the proposed method of disposing of nuclear waste could lead to an explosion of a radioactive steam geyser.”

Coastal News also said Public Watchdog is asking the NRC “for a detailed look into disaster proofing the site while it still has radioactive materials present.”

The issue at hand is the 3.55 million pounds of high level nuclear waste that San Onofre owner Southern California Edison is having transferred from the nuclear plant’s soon to be demolished reactor buildings. Edison hired Pennsylvania-based Holtec company to do this work.

The plan is to put the highly radioactive so called “spent” fuel rods, which once powered the plant, and that contain contain long lived lethal things like plutonium, into containers and bury them only 100 feet from the Pacific Ocean shoreline. Early on in this risky process, in August 2018, one such 50 ton cask, while being lowered, wedged 20 feet above the bottom of the burial site. Then it hovered there for over an hour.

This only became known because a whistleblower subsequently exposed it at a public meeting. Seven months later the NRC fined Edison a mere $116,000 for this “near miss”, as it was characterized.