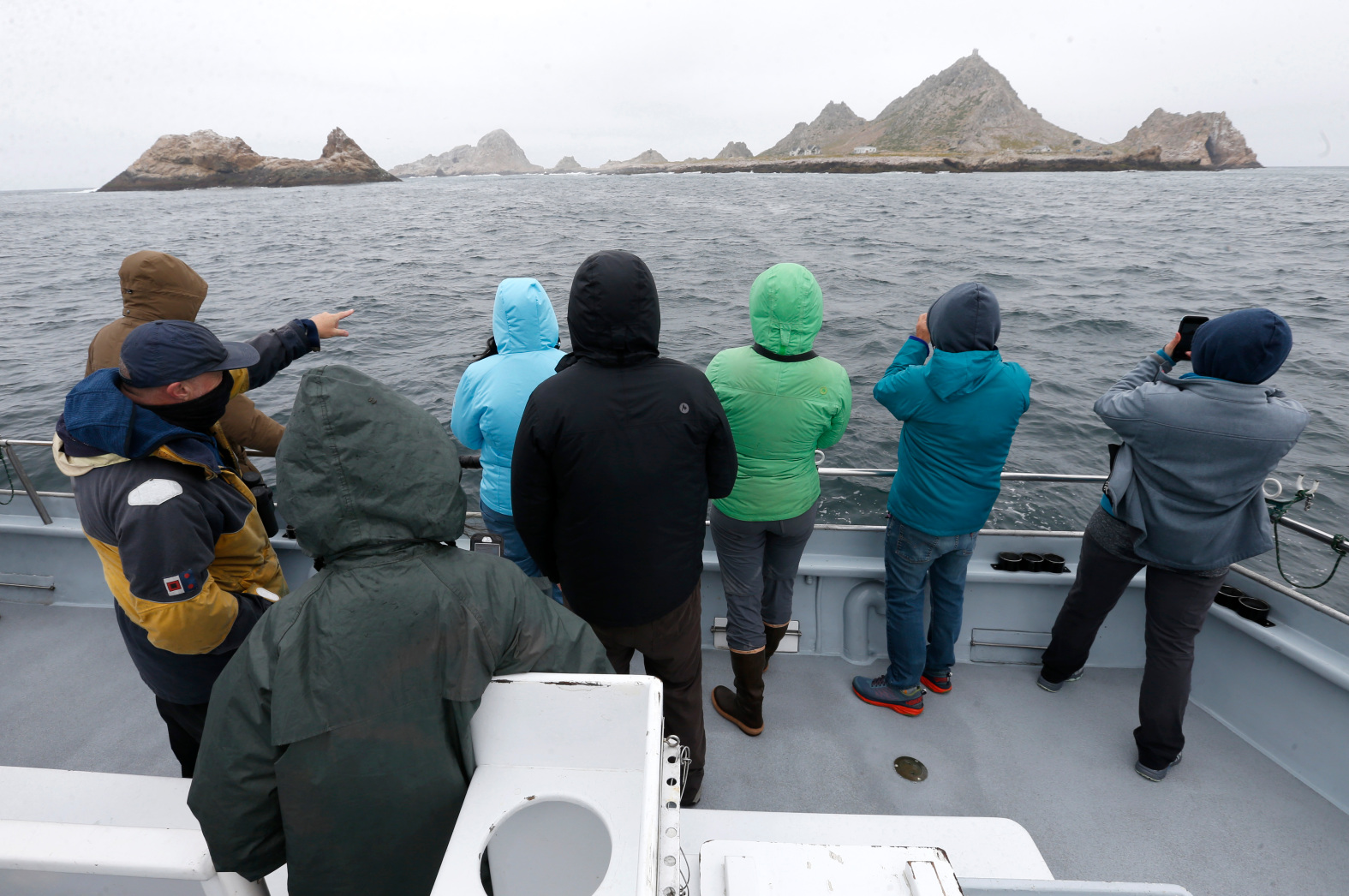 Isolated from the frenzy of San Francisco by 30 miles of ocean, the Farallon Islands appear desolate from a distance — nothing more than a rocky silhouette against the setting sun. But up close, the islands are bursting with life. Petrels, gulls, cormorants, murres and tufted puffins are just a few of the species that make the Farallones the largest seabird colony in the contiguous United States, earning it the moniker “the Galapagos of California.”

But the federally protected islands are besieged by tiny furry invaders — house mice, about 60,000 of them. They were most likely introduced by sailors in the early 19th century who came here to harvest everything from blubber to pelts to seabird eggs.

Now, the U.S. Fish and Wildlife Service has a controversial plan to exterminate them. It wants to rid the South Farallon Islands of the mice by dropping from a helicopter nearly 1.5 tons of pellets laced with a potent and controversial rat poison called brodifacoum — enough to kill every last mouse.

“I think it’s a fabulous idea,” said Mikko Bojarsky, a high school oceanography teacher from Santa Rosa who joined a recent expedition to the marine habitat surrounding the Farallones sponsored by the San Francisco-based Oceanic Society. “We need to become tenders of nature and use our knowledge and wisdom to undo some of the damage that we brought about.”

But the plan has carved an unexpected crevasse among environmentalists who care deeply about the welfare of the islands and the surrounding Greater Farallones National Marine Sanctuary. To move forward, the project needs the blessing of the California Coastal Commission, which is poised to make a decision in the fall.