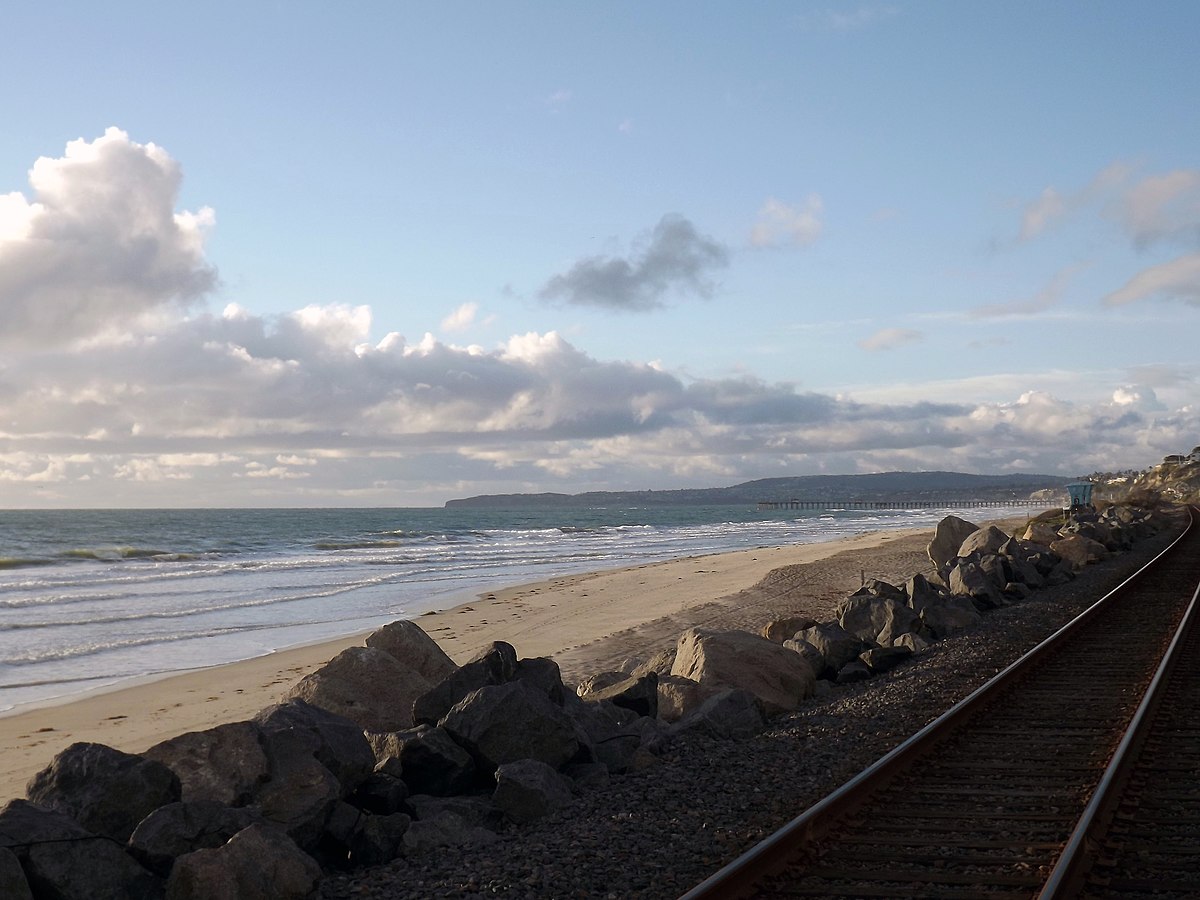 If you walk along the train tracks at Calafia State Beach and into the Cyprus Cove area, you’re bound to come across the withered remains of a coastal beach where barely any sand remains—the result of ongoing coastal erosion.

Private parts of the beach used to extend further out and previously accommodated family picnics, volleyball courts and a playground.

To address the issue, Suzie Whitelaw, a licensed environmental geologist, wants to see a breakwater, or groin-like protective structure, built near the shore for neighboring Cyprus Cove and Cyprus Shore communities—the latter of which sits atop an ancient landslide.

Whitelaw, who lives in Cyprus Cove, has seen the beach diminish. With commuter train services halted again between South Orange County and Oceanside because of shifting rail tracks, she is calling on the Orange County Transportation Authority (OCTA) to construct a breakwater as a mitigation measure.

“You look at beaches like Newport Beach and Santa Monica. They’re not eroding,” Whitelaw said. “They’ve got groins. The sand stays between those groins.”

OCTA spokesperson Eric Carpenter said the agency’s priority is to stabilize the track and safely restore passenger rail service through the area as soon as possible. A provided statement did not mention the breakwater proposal.

“OCTA is working with a geotechnical firm, which is completing final design on an emergency project to install ground anchors at the base of the slope to stop the movement of the land beneath the track to help ensure its stability and allow for rail service to resume,” Carpenter said of the construction, which began this week.

“OCTA is working with all its partners—including at the state and federal levels, with the city of San Clemente and with Cyprus Shore property owners, along with Metrolink and Amtrak—to immediately work on this emergency effort to keep the slope from continuing to move, so service can resume,” Carpenter continued.

While this project moves forward, OCTA will continue to work with its partners at the state, federal and local levels to look at “more long-term solutions for this critical section of Southern California’s rail network,” Carpenter said.

“I think it’s fair to say all options are on the table,” Street said of approaches to coastal erosion.

Being asked by San Clemente Times about a breakwater near Cyprus Shore was the first Street had heard of the idea.

Whitelaw is also calling for sand replenishment to be done on the beach at Calafia and in the area instead of the riprap, or large boulders, that have been placed on the side of the track as a stabilization approach.

“I’ve talked to the state parks people (and asked), what are you going to do about your park?” Whitelaw said. “We’re putting out more riprap. The technical people that I talked to, the bureaucrats, are saying all you got to do is protect your infrastructure. They’re protecting their infrastructure—the parking lot at Doheny, the parking lot down at San Onofre, but they’re not worried about Calafia.”