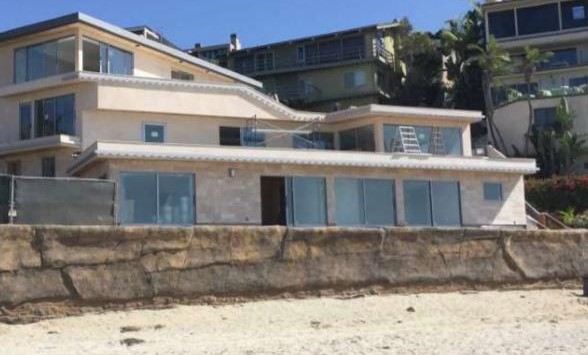 The Court of Appeal upheld a Coastal Commission cease-and-desist order requiring demolition of a seawall and payment of a $1 million penalty by homeowners who performed major reconstruction on their coastal home without notifying the Coastal Commission. 11 Lagunita, LLC v. California Coastal Commission, No. G058436 (4th Dist., Dec. 18, 2020).

In 2015, the Coastal Commission issued a Coastal Development Permit allowing reinforcement of an existing seawall at the base of a 1950’s era Laguna Beach home. The CDP contained a condition stating that the permit would expire and the seawall would have to be removed if the home were “redeveloped in a manner that constitutes new development.” It also provided that questions of intent or interpretation of any condition would be resolved by the Executive Director or the Commission.

In 2016, subsequent owners reinforced the seawall and commenced a significant remodel of the home. The project included demolition of all exterior walls down to the studs, removal and replacement of roofing materials, and reinforcement of the entire framing system. The owners obtained building permits from the city, but did not notify or seek permits from the Coastal Commission.

When Commission staff learned of the work, they sent an enforcement violation letter alleging that new development was occurring on the property in violation of the conditions of the 2015 CDP. The notice stated that the owners would need to apply to the Commission either to remove the seawall or to modify the permit, and asked that all work on the home cease until that occurred. After the owners refused to halt the project, staff initiated cease-and-desist proceedings before the full Commission. Following a lengthy public hearing, the Commission voted unanimously to issue a cease-and-desist order requiring the owners to remove the seawall and imposed a $1 million administrative penalty.