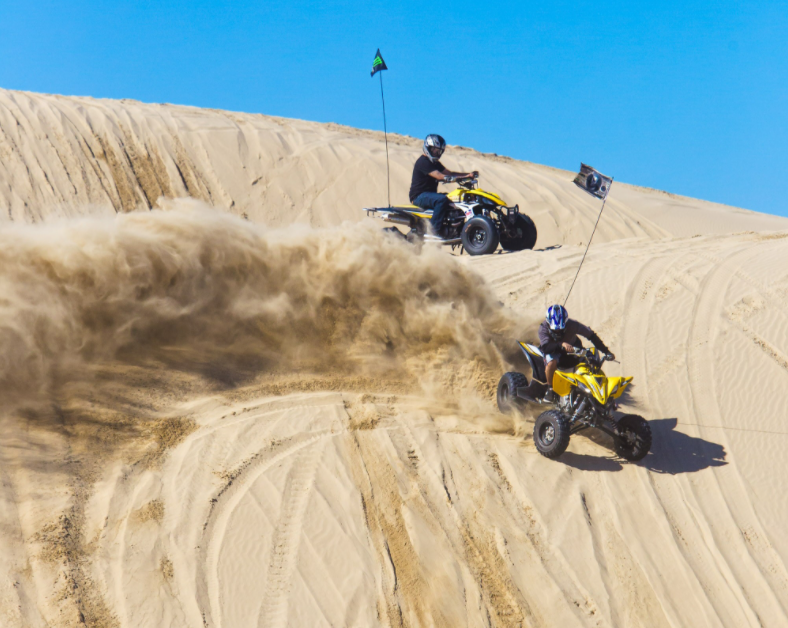 For South County Chambers of Commerce President and CEO Jocelyn Brennan, the California Coastal Commission’s March 18 decision to end off-roading and most other vehicle access in the Oceano Dunes felt bittersweet.

While Brennan said she’s concerned and sad for the South County business owners who depend on off-roading tourists to stay afloat, she’s simultaneously relieved to see the 40-year battle over vehicle access in the dunes laid to rest. It’s an opportunity, finally, for everyone to move on. Rebuild. Heal.

“I feel like it’s been hard for the businesses to have this hanging over their heads for so long,” Brennan told the Sun. “Now we know what we’re dealing with, and we just have to figure it out.”

The historic Coastal Commission decision over the Oceano Dunes State Vehicular Recreation Area (SVRA) still allows for street-legal vehicles and some night driving on the beach between West Grand and Pier avenues, where up to 500 drive-up campsites can continue to operate indefinitely. The Coastal Commission also voted to close the park’s Pier Avenue entrance, but extended the closure deadline from July 1 of this year to July 1, 2022.

Though commissioners said they were moved by the many comments they heard from off-highway vehicle (OHV) enthusiasts vehemently opposed to the ban, all agreed that OHV use in the Oceano Dunes is not consistent with the Coastal Act or the park’s designation as an Environmentally Sensitive Habitat Area.

“It’s clear how impacts occurring at the park are having a disproportionate impact on adjacent and downwind underserved communities,” Commissioner Linda Escalante said at the meeting. “It is clear that Oceano, Nipomo, Guadalupe, and Santa Maria qualify as [environmental justice] communities that are experiencing these adverse effects of pollution. And it is clear that prohibiting those activities would reduce or eliminate the environmental burden on these communities.”

It’s not the conclusion that some business owners and residents in South County had hoped for, but it at least offers some semblance of closure and certainty to a community that Grover Beach Mayor Jeff Lee said has been living in limbo for decades.