West Coast
Homeless campsites are popping up on Santa Cruz Main Beach. Thursday morning there were 12 such campsites near the volleyball courts, and 11 more near the rivermouth. (Dan Coyro — Santa Cruz Sentinel) 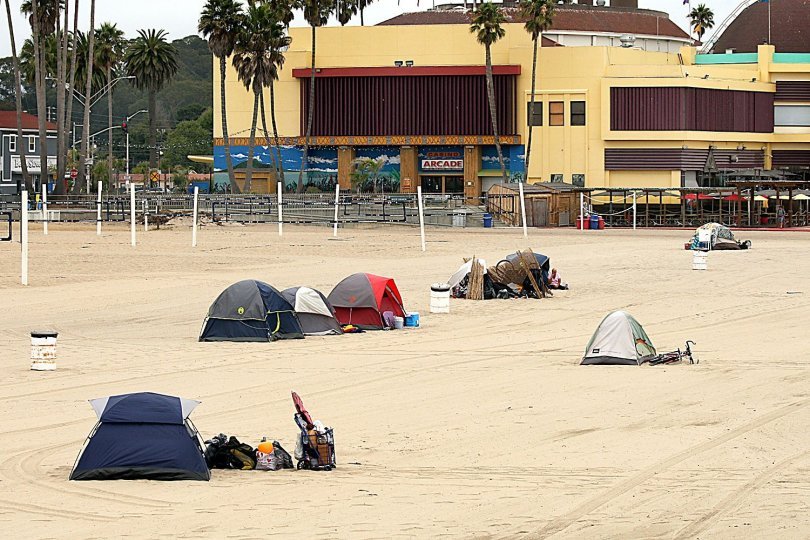 Overnight curfews set on Santa Cruz’s popular Main and Cowell beaches have been given formal approval for the coming five years by a state coastal oversight agency.

The California Coastal Commission, in the first of its three-day block of meetings at a Scotts Valley hotel, voted 7-4 last week to approve the city’s Beach Management Plan update. The item drew lengthy public comment from the audience, leading some commissioners to voice concerns about approving the curfew piece of the update due to concerns related to “environmental justice” issues. Earlier, the commission had sent the project back to the city to conduct further public outreach before it was decided at the state level.

“To date, the key area of controversy associated with the curfew has not been in terms of public recreational access, per se, but rather in terms of the effect of the curfew on unsheltered individuals, who have in the past sometimes looked to the sandy beach area in Santa Cruz for a place to sleep at night,” Coastal Commission Central Coast supervisor Ryan Moroney said.