West Coast
A homes in the 2100 block of East Oceanfront has a backyard that is encroaching on the public beach on the Balboa Peninsula in Newport Beach, CA, on Tuesday, June 9, 2020. The house, at 2108 Oceanfront, was fined $95,731.88 by the California Costal Commission (Photo by Jeff Gritchen, Orange County Register/SCNG) 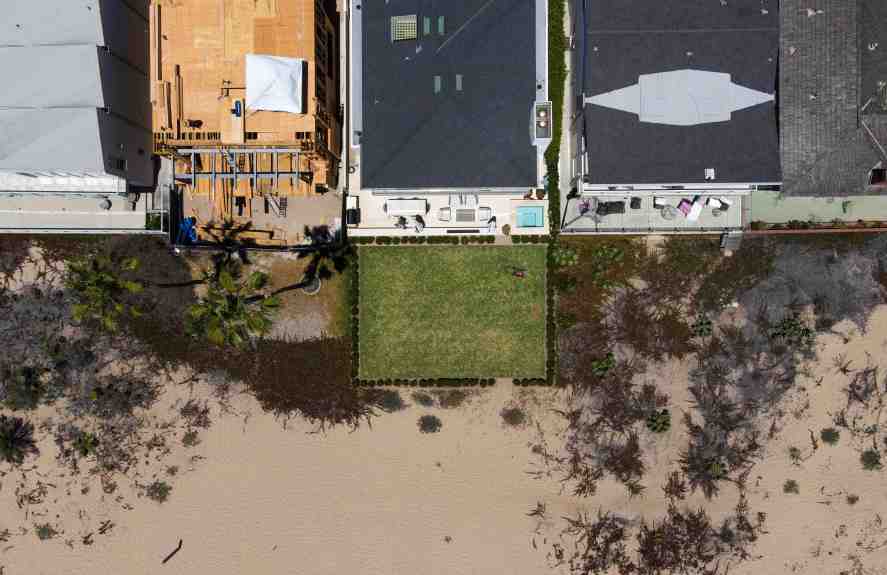 Encroachments, which extended as much as 80 feet onto the beach, will be returned to their natural state.

A combined $1.7 million in fines for 33 homeowners whose Newport Beach yards extend onto public beaches — in some cases for 20 years or more — was approved by the Coastal Commission in a unanimous vote Thursday, June 11.

The beachfront homeowners on Peninsula Point, on the east end of the Balboa Peninsula, had earlier agreed to pay the penalties pending commission approval. Individual fines range from $6,300 to $134,000 per home while the city has agreed to spend an estimated $545,000 to restore the stretch of beach to its natural state.

While 33 homeowners are being fined, 60 to 70 homes have illegal expansions that reach as far as 80 feet into the sand and include lawns, hedges, trees, irrigation systems, walkways and fences.