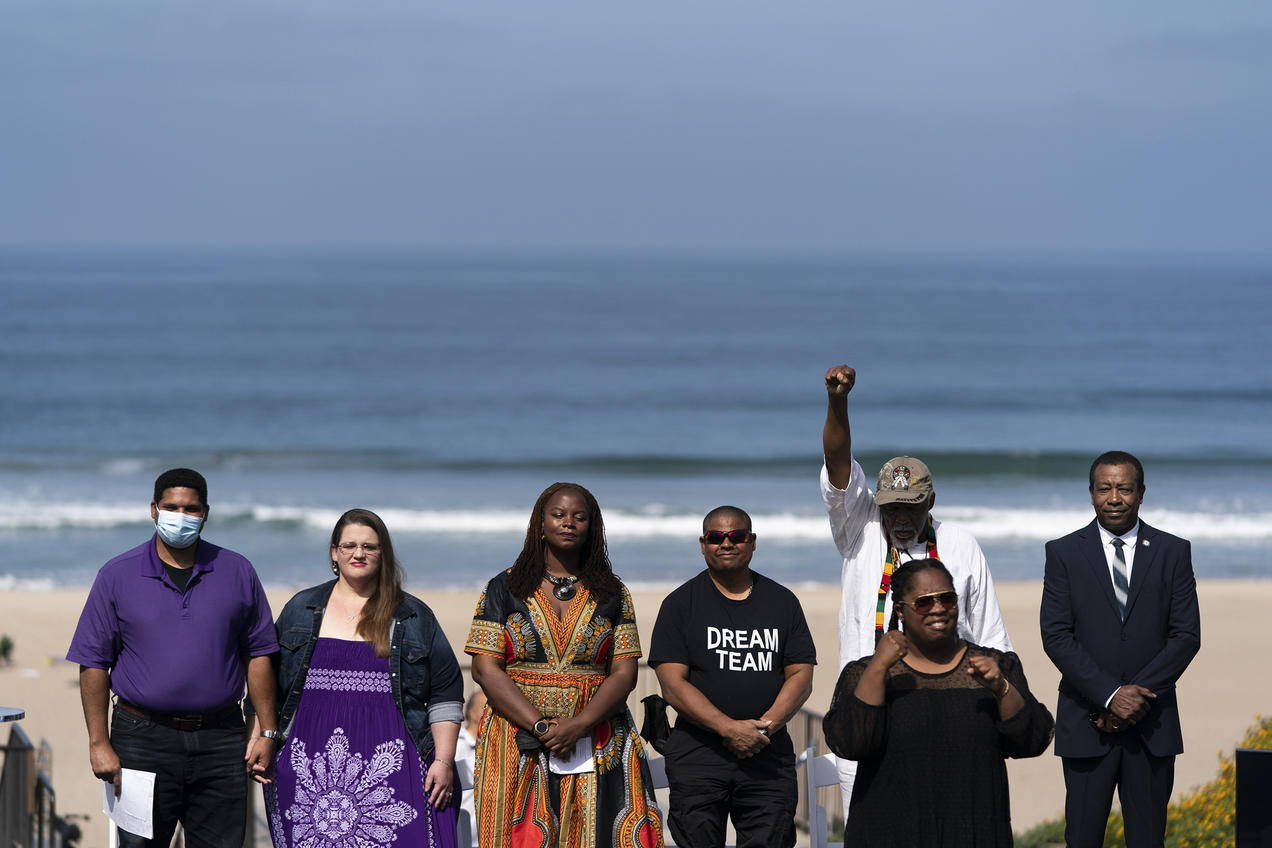 In July 2022, Los Angeles County, for the first time, returned stolen coastal property that had been taken from a Black family.

The property, known as Bruce’s Beach, was purchased by the Bruce Family in 1912 to create a beach resort for Black folks to enjoy the ocean during a time of racial segregation in California. The property was forcibly taken from the Bruce family by the city of Manhattan Beach in 1924. Its return has set a precedent for other jurisdictions grappling with the question of land return while also reigniting a statewide and national conversation about inequities in access to the coast.

California’s coast is an iconic symbol of the state’s identity. It is also a source of income and recreation opportunities for the state and its residents. Over half of the Golden State’s residents visit the coast at least once per year, and ocean tourism and recreation generate over $28 billion for the state’s economy in addition to the 446,000 plus jobs these sectors create. The state’s waters and beaches provide enjoyment, food, education and countless other benefits to all of the state’s residents, whether they live in San Francisco or Bakersfield.

However, not all people get to access and enjoy the coast to the same degree, if at all. A 2016 report from UCLA found that “Access to the coast was cited as a problem by 62 percent of [California] voters. African Americans are also less likely to visit the coast, with 33 percent visiting less than once a year.” The study found inequities not only along racial lines, but geographic and socioeconomic ones as well, with almost 40 percent of Central Valley residents visiting the coast less than once per year, while households “with annual household incomes greater than $60,000” being more likely to make trips to the coast. To make matters more challenging, coastal accommodations are notoriously expensive, and are becoming more so.

With the makeup of California’s beach communities being very white and wealthy, they can be intimidating places for people of color and low-income folks. Despite this, people of color value the ocean for the enjoyment and recreation opportunities it provides. And they are some of the most supportive when it comes to ocean protections. A survey of US Latinos done by our friends at Azul found that 89 percent of respondents believe protecting the environment is a way of protecting their community and 85 percent of respondents agree that the US government should implement the strongest possible ocean protections. Unfortunately, in this same survey over 40 percent of respondents said that they sometimes feel unwelcomed and experience hostility when visiting coastal areas.

Coastal access is not only an equity issue, but also a public health and conservation issue. Numerous studies have linked access to outdoor and open spaces to higher levels of physical and mental health. Additionally, people are more likely to care about the conservation of a natural area if they have some sort of personal connection to it, and these connections cannot be forged without access. Whether it be the current pandemic, economic downturn, or climate crisis, people of color are bearing the brunt of the negative impacts. Increased access to blue spaces can help to diversify the conservation movement and provide tangible health and community benefits to those often excluded from these services that nature provides.

Of course, we can’t hope to cover this topic comprehensively in one blog post, but we will revisit this issue in a blog series featuring community-based organizations across California and the solutions they are seeking to help achieve equitable coastal access. As the US looks to get more serious about conservation policy it is imperative that there be a significant focus on the equitable access dimension of protecting nature. Past approaches to conservation in the United States have often produced negative outcomes such as displacement, disempowerment, and widening economic inequities. Until these inequities are proactively addressed, biodiversity protection will be missing a crucial piece. Outdoor and public spaces should benefit and be accessible to all, anything less cannot be considered true and just conservation.