West Coast
Divers dive inside cages off the boat Nautilus Explorer in order to safely swim with the great white sharks 150 miles off the coast of Mexico. Now, because of warming waters and favorable food supply, juvenile white sharks have made a new home in Monterey Bay. Dave J Hogan 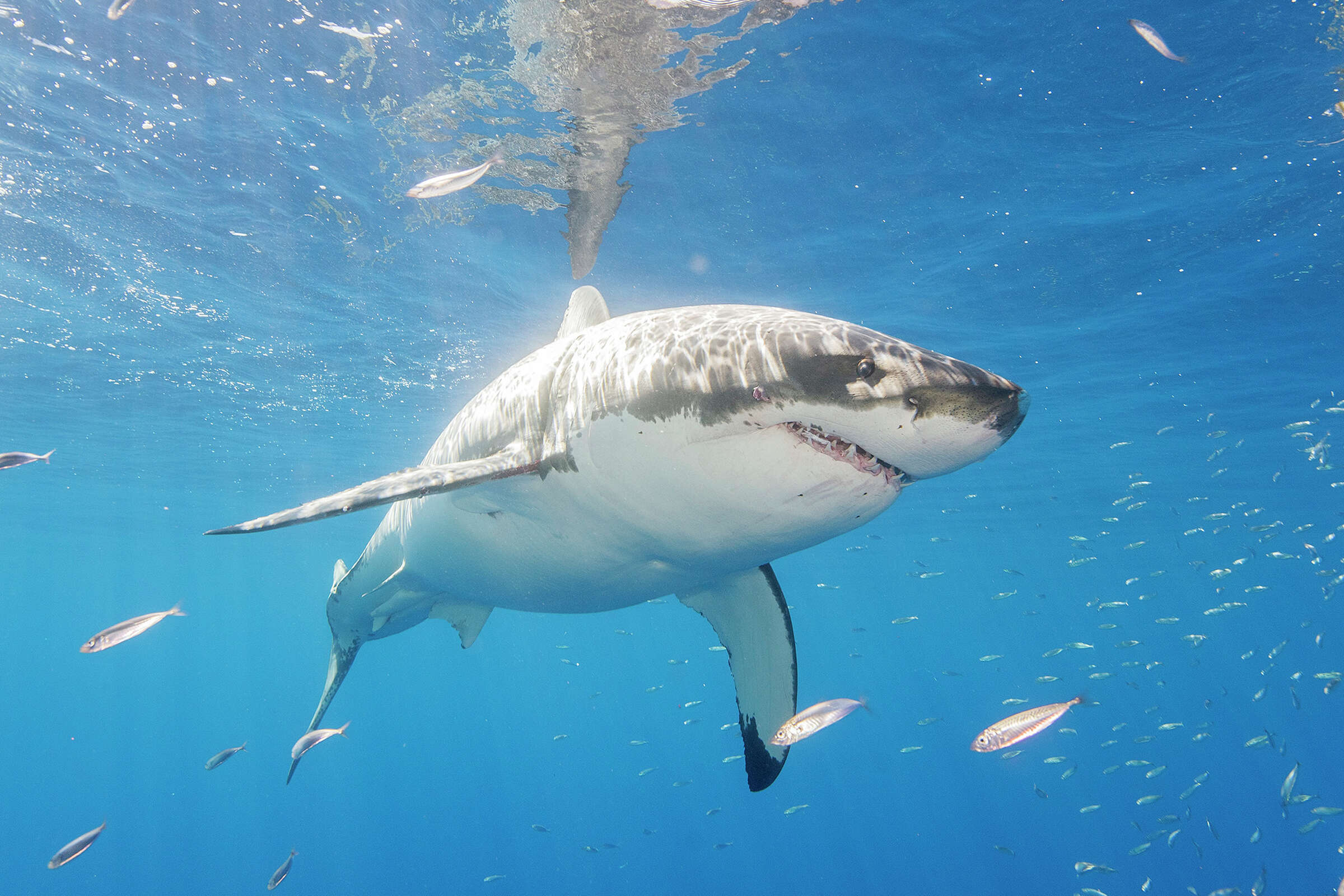 The era of extreme climate change is upon us. And in spite of the ecological horrors to come, white sharks are in their element, as population numbers on California's Central Coast continue to climb with rising water temps.

A study on the migratory patterns of white sharks, two decades in the making, was recently released by the Monterey Bay Aquarium. It tracks the movement of the juvenile population of the apex predator and concludes that the great white shark is not only surviving off the coast, but it’s also — in the time of an ever-warming planet — thriving.

“These complete metadata sets can provide a vast amount of useful information to fisheries managers and other scientists,” wrote John O’Sullivan, the aquarium’s director of collections and lead author of the study. The study tracked the patterns, including depth and geolocation, of 63 juvenile white sharks. O’Sullivan noted the potential now exists for the scientific community to tag and study other aquatic species.

The juvenile white sharks seem to have found a new playground in a place rather unexpected yet close to home: right in Monterey Bay.

The aquarium’s scientists have been working with researchers in Southern California and Baja California for the last 20 years, looking to learn more about the migratory behaviors of great white sharks in the coastal waters of those regions. They sought to figure out whether it was possible to study and exhibit juvenile white sharks, and then return them back to the ocean.

But that was only the beginning.

In 2007, for the third time in as many years, the Monterey Bay Aquarium placed a rehabilitating great white shark on exhibit. The shark was a young male brought to the aquarium after a commercial sea bass fisherman accidentally caught him three miles off the Ventura coast. Before the Monterey Bay Aquarium, no great white shark had survived in captivity for more than 16 days. The aquarium had two successful stays, followed by releases: one starting in 2004, for 198 days, and another in 2005 for 137 days.

Dubbed the White Shark Research Project, the aquarium has worked since 2002 to learn more about sharks, from rehabbing to tagging to monitoring. When the study started, the species was in major decline, mostly due to a shortage of food supply, as well as the proliferation of harmful fishing practices that often saw the sharks becoming collateral damage in nets and lines.