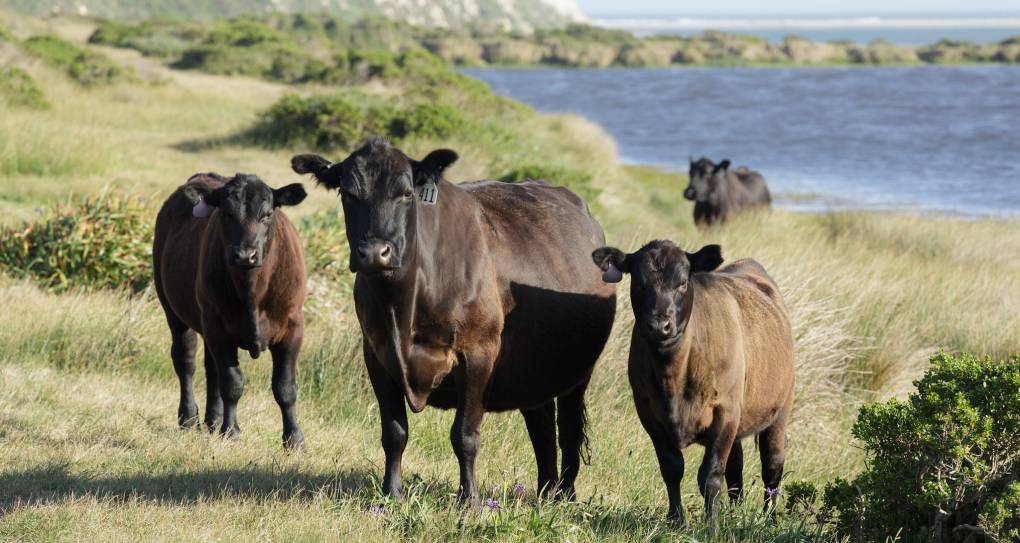 This story is inspired by a question from Bay Curious listener Beth Touchette. She asked, "How did we end up allowing cattle in Point Reyes National Seashore?"

Saturday, Aug. 28, 2021, brought a dramatic scene to the normally peaceful, windblown hills of Tomales Point in Point Reyes National Seashore. Dozens of people, from small children to older adults, hauled jugs of water over hills and through valleys only to dump their precious cargo into nearly dry ponds.

The volunteers were trying to keep the Tule elk that live on a fenced preserve alive during one of California's longest droughts. In 2019, nearly a third of the herd died from lack of water and malnutrition — in part because they could not roam beyond the tall fence that contained them.

The Tule elk are an endemic species found only in California. They were hunted almost to extinction in the 1800s, but have been making a comeback in places like Point Reyes. The elk are big, averaging around 400 pounds, and need room to roam and forage. But this herd is isolated behind the fence to keep them away from another animal grazing in the park ​​— an animal that some environmentalists say is being given priority: cattle.

Since Point Reyes National Seashore was established in 1962, it's been a lot of things to a lot of people. To the general public, it's a beloved park that offers beautiful coastline, lush forests and windswept grassy hills. To environmentalists, it's a habitat worth preserving. To ranchers, it's the land their livelihoods depend on. To the area's Native people, it's long been a homeland with sacred sites.

At one time, these competing interests could exist in relative harmony on the 70,000 acres that make up the park — but increasing demands on the land have caused things to sour.

How cattle came to graze on Point Reyes

The Point Reyes peninsula is the homeland of the Coast Miwok people, who lived here for generations alongside the Tule elk. When Spanish missionaries colonized the area, they brought cows with them. Although the missionaries were based in San Rafael, their cows would roam as far west as the Point Reyes peninsula. Later, when Spain granted the land to Mexico, rancheros divided up the peninsula and continued to run cattle. After the Mexican-American war, California changed hands once again to become part of the United States. In the chaotic transition period, the boundaries of the Mexican ranches on the peninsula were challenged.