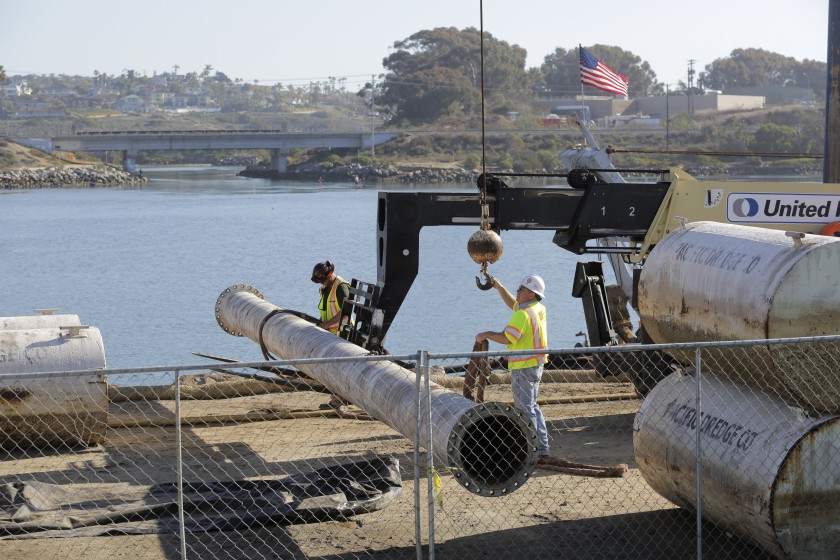 Sand replenishment from the dredging of Agua Hedionda Lagoon in Carlsbad will start later and finish sooner than expected, a Poseidon Water official said.

Pacific Dredge Co. of San Diego has begun placing pipes and equipment along Carlsbad Boulevard in preparation for the work, said Peter MacLaggan, senior vice president of Poseidon, the company that owns and operates the Carlsbad desalination plant.

Originally expected to start in November or December and finish in April, dredging is now expected to get underway next week and wrap up by the end of March. However, the shortened project will not mean less sand, he said.

“We went through the competitive bid process, and we got three bids,” MacLaggan said. “One had a dredge able to move twice as much sand as the others. The smaller dredge would take two or three months, and the larger could do it in half the time.”

Scheduling the larger dredge took longer, and before the barge could be brought up from San Diego Bay, a windy January storm pushed more sand into the mouth of the lagoon.

“We had to wait for the right sequence of tides ... for it to clear out naturally, and it did,” he said. The barge was maneuvered into the lagoon a week ago.