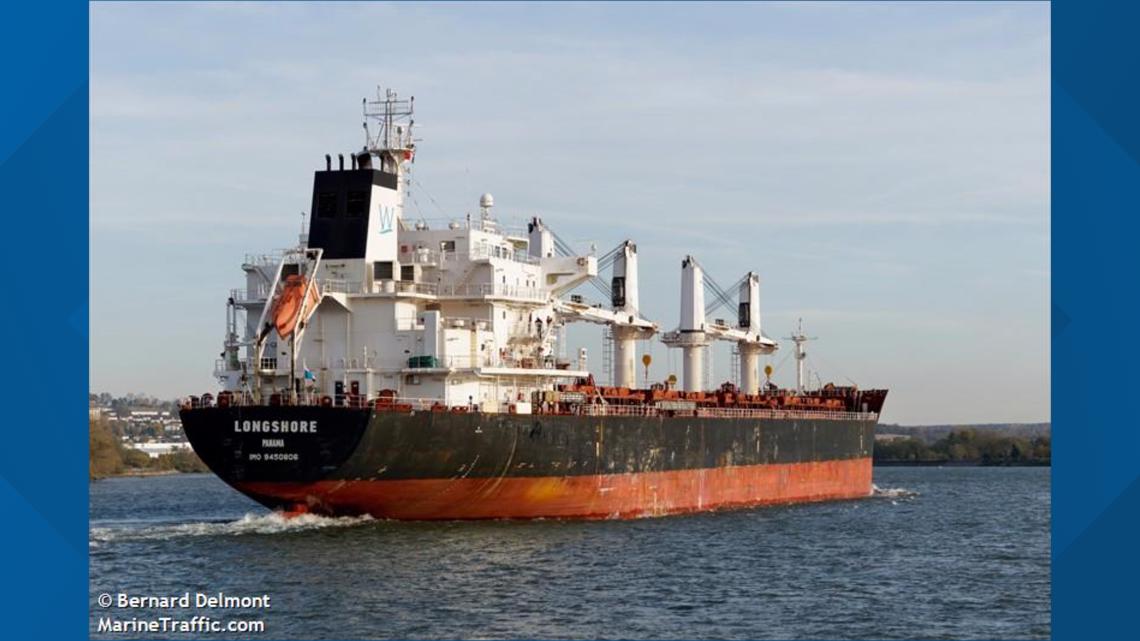 SAN DIEGO — A cargo ship engineer has been sentenced to one year in federal prison for intentionally dumping oil into the ocean.

Cell phone video of the illegal activity was recorded by a whistleblower crew member, who is now set to receive more than a half million dollars for reporting the incident.

The video showed oil-contaminated bilge water being illegally pumped through a hose into a sewage tank onboard the ship.  The oily water was then dumped into the ocean while the bulk cargo ship, named Longshore, was on the high seas.

The whistleblower recorded the video at the end of 2021 and turned it over the U.S. Coast Guard when the Longshore made port in San Diego, according to federal prosecutors.

The ship’s chief engineer, Dennis Plasabas, and the company managing the ship, New Trade Ship Management based in Greece, both pleaded guilty in August to falsifying records related to the oil dumping at sea.

Last week, Plasabas, 48, was sentenced to a year in prison.  He remains free on bond in San Diego, where he will self-surrender in six weeks, according to Assistant U.S. Attorney Melanie Pierson.

New Trade Ship Management was ordered to pay a fine of $1.1 million.

Half of the fine will go to the whistleblower crew member who recorded the video and turned it over to authorities, Pierson said.

The intentional discharge of unfiltered, oily bilge water, accounts for 37 percent of worldwide ocean oil pollution, according to the U.S. Attorney's office.  Accidental spills from ships account for 12% of oil pollution, the office said.