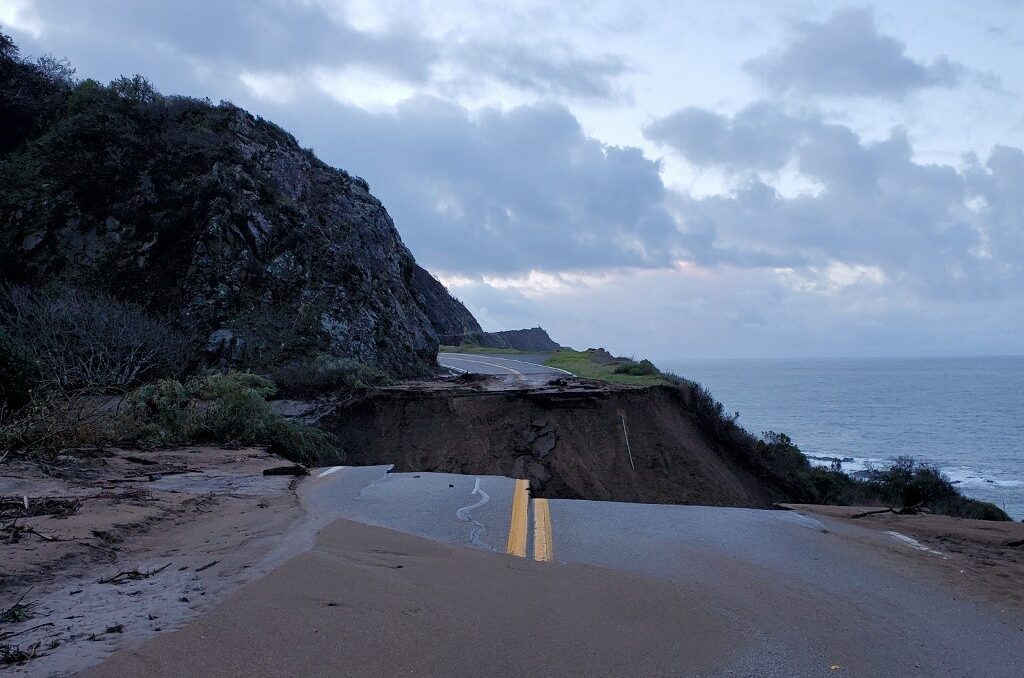 BIG SUR — As Caltrans crews continue to assess the damage to Highway 1 at Rat Creek after a winter storm washed away 150 feet of the road, a spokesman for the agency said the project to repair the iconic roadway will likely entail a bridge or a fill project to rebuild on top of the embankment.

Kevin Drabinski, a public information officer for Caltrans District 5, said he’s been making weekly trips to monitor the progress as work to clean up and assess Highway 1 along the southern Big Sur Coast continues.

“Whatever is designed has to be able to, when the next big rain comes through, have drainage infrastructure in place so that any road going over it is safe,” he said. “Broadly, the idea’s would be you refill it in and return an embankment to that spot or the other option would be a bridge. Those are like broadly the two possibilities.”

Caltrans and Papich Construction, which was hired under a $5 million emergency contract, continue to assess the chasm in the roadway about 30 miles north of the San Luis Obispo County border with no estimate yet on when construction will begin, how long it will take or how much the project will cost.

Drabinski said a geo technician on the Rat Creek project told him a little bit about the history of the area. And the decision of how to rebuild at Rat Creek echoes back to when crews first built out Highway 1 along the Big Sur Coast in the 1930s.

“As they would go along different canyons, they’d say: ‘Is this a bridge span or is this a fill span?’ And at Rat Creek, the word he used was that the creek itself was ephemeral, that is it ran for the most part underground,” Drabinski said. “So if you look at it, it just looks like a canyon. … There was an old redwood bridge at that site before the ’30s when they came along and said, ‘OK, we’ll pack it in with fill and build the road on top of it and put our drainage on the hillside so that gets taken care of.’ It worked for all those years.”